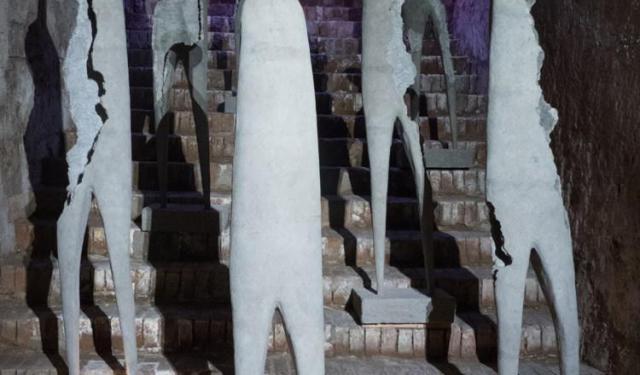 Litomyšl, in East Bohemia, is another Czech town that deserves to be much better known. A UNESCO World Heritage castle and a charming town centre with lots of notable buildings are part of the attraction. As is the annual opera festival in honour of the composer Bedřich Smetana, who was born here in 1824.

The UNESCO World Heritage Site of Litomyšl Castle. Each of the “envelopes” painted on the outside is a different design

Litomyšl Castle was built in 1568. The owner was influenced by Italian design, and had the castle built in the Renaissance fashion, with an open courtyard surrounded by arcades. This style is almost unique in northern Europe, and it is the main reason why Litomyšl became a UNESCO World Heritage Site.

The exterior of the castle is quite spectacular. It is painted with around 8,000 small “envelopes”, all different from one another. There are also pictures from the Bible and from classical mythology.

The interior dates from the 18th century and is in the classical style. As we walked around I noted the attention that had been paid to detail in arranging the exhibits. A table was laid with an 18th century meal; another was set for afternoon tea. A shawl was draped over a couch and there were fresh flowers everywhere, as if the owners were due to return at any time. Apparently the exhibits change regularly: at the time of my visit there were several period costumes on loan to the castle. ...... (follow the instructions below for accessing the rest of this article).
This article is featured in the app "GPSmyCity: Walks in 1K+ Cities" on iTunes App Store and Google Play. You can download the app to your mobile device to read the article offline and create a self-guided walking tour to visit the attractions featured in this article. The app turns your mobile device into a personal tour guide and it works offline, so no data plan is needed when traveling abroad.