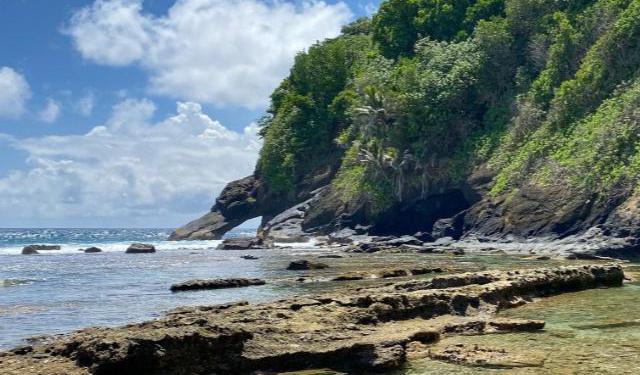 Before I visited American Samoa the only thing I knew about the Polynesian island chain, was that it is owned by the USA. I learned Polynesians first arrived on the islands some 2,500 years ago. The USA didn’t get involved with Samoa until 1872 when it signed a friendship treaty with the Samoan government in order to establish a coaling station for the US Navy fleet as the islands are located midway between Hawaii and New Zealand.

England and Germany also signed friendship treaties in the late 1800’s and soon thereafter, fighting erupted among the different factions. As a result the islands were split into Eastern and Western Samoa during the Tripartite Convention of 1899. While USA received the eastern islands which included Aunu’u, Manu’a and Tutuila with its natural harbor, Pago Pago, and the US coaling station, the Germans took control of Western Samoa and England gave up Samoa for more control in the Solomons.

Under US ownership, the Samoans ceded to the USA on April 17, 1900 and the islands were named US Naval Station Tutuila. They were designated as American Samoa ten years later. In 1940 with the threat of the Pacific War, the USA expanded the coaling station into a Naval Station where it operated for the next eleven years. ...... (follow the instructions below for accessing the rest of this article).
This article is featured in the app "GPSmyCity: Walks in 1K+ Cities" on iTunes App Store and Google Play. You can download the app to your mobile device to read the article offline and create a self-guided walking tour to visit the attractions featured in this article. The app turns your mobile device into a personal tour guide and it works offline, so no data plan is needed when traveling abroad.