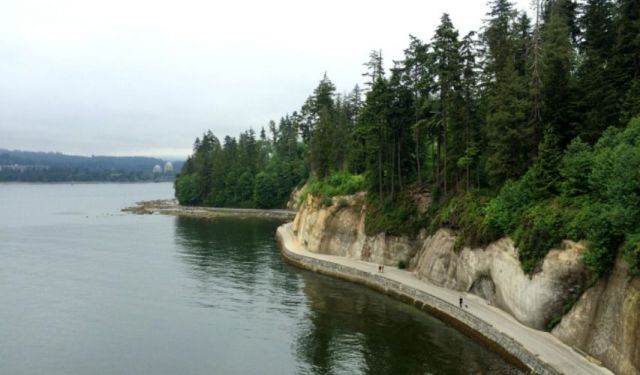 Top 5 Things to See and Do in Stanley Park, Vancouver, Canada (B)

Hands down my favorite place in Vancouver is Stanley Park. We went there nearly every day during our trip (yes, it really is that great) and never ran out of things to see and do. Bordering the northwest coast of Downtown, this forested peninsula has always been a part of Vancouver’s identity. In fact, the city was founded in 1886 and Stanley Park, which is named after Canada’s sixth Governor General Lord Frederick Stanley (as is the NHL’s Stanley Cup), officially opened only 2 short years later in 1888, making it the city’s largest and oldest park. Even earlier, there is archeological evidence of Squamish indigenous people dating back 3,000 years before the first European explorers came in 1792 (which included British Captain George Vancouver).

Today visitors and locals alike are drawn to this 1.5 square mile park for its beautiful outdoor surroundings and variety of activities – from hiking trails and beaches to playgrounds and the Vancouver Aquarium. There’s definitely something for everyone, plus you’ll find a handful of dining options and a surprising amount of restroom facilities, so you can easily make a day out of it, from sunrise to sunset. Here are my top 5 favorite things to see and do in Stanley Park: ...... (follow the instructions below for accessing the rest of this article).
This article is featured in the app "GPSmyCity: Walks in 1K+ Cities" on iTunes App Store and Google Play. You can download the app to your mobile device to read the article offline and create a self-guided walking tour to visit the attractions featured in this article. The app turns your mobile device into a personal tour guide and it works offline, so no data plan is needed when traveling abroad.