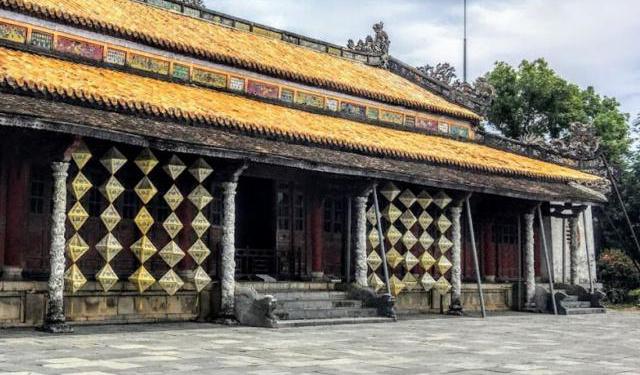 Top Things to Do in Hue Vietnam, Hue, Vietnam (B)

Most travellers miss out on visiting Hue Vietnam altogether or only give the city a day on their way to Hoi An or Ho Chi Minh City. Hue turned out to be one of our favourite cities in Vietnam, we even extended our stay to a week to enjoy all that Hue has to offer the traveller. Hue (pronounced hway) has a lot to offer the visitor from the best of local cuisine, war history, French colonial architecture, pagodas, Emperor’s tombs, the Imperial City that rivals China’s Imperial City and more.

Hue, once the former capital of Vietnam between 1802 – 1945, is located in Central Vietnam, on the banks of the Perfume River. It is located 700 km south of Hanoi and 1100 km north of Ho Chi Minh City. Da Nang is 2 hours from Hue and Hoi An is located 3 hours. Read our article on travelling from Hue to Hoi An

One of the top places to visit in Hue is the Imperial City. The Imperial City started construction in 1804 and finished almost 30 years later in 1833. Gia Long who was the first Emperor of the Nguyen Dynasty commissioned the building, it stayed within the Nguyen Dynasty until 1945 when the last Emperor Bao Dai abdicated. The Citadel encompasses the outer walls and the moat that surrounds the Citadel. There are 5 entrances to the Imperial City. The middle entrance was for the Emperor, on the right-hand side the entrances were for civil personnel and on the left-hand side for the military mandarins. Horses and elephants entered through the side entrances. ...... (follow the instructions below for accessing the rest of this article).
This article is featured in the app "GPSmyCity: Walks in 1K+ Cities" on iTunes App Store and Google Play. You can download the app to your mobile device to read the article offline and create a self-guided walking tour to visit the attractions featured in this article. The app turns your mobile device into a personal tour guide and it works offline, so no data plan is needed when traveling abroad.