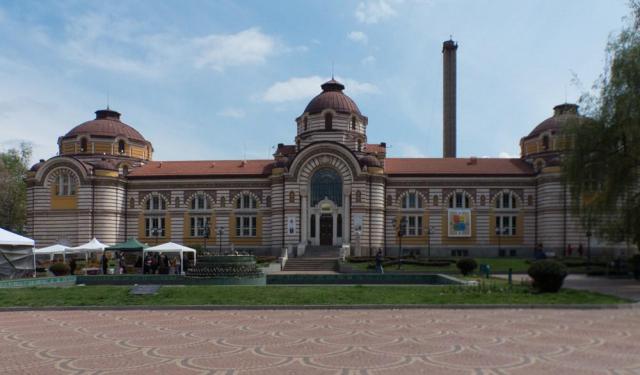 Visitors to Bulgaria tend to head for the mountains or the Black Sea beach resorts. But there are lots of reasons to visit Sofia, Bulgaria’s capital city. Starting with the fact that it is surprisingly affordable, and that it is jam-packed with historic churches, museums and green space. Here is my list of the top things to do in Sofia.

Sofia was conquered by the Romans around 29 BC, and later became an important administrative centre. The town, known as Serdica, was destroyed by the Huns in the 5th century, but later rebuilt by the Emperor Justinian. Many of the new buildings were built on top of earlier Roman structures.

There are lots of Roman sites around Sofia (I’ll be writing more about them in a later post). Many have been discovered relatively recently, and others are still in the course of excavation. Probably the more impressive site so far is the Roman road and ruins in the subway of the Serdika metro station.

Sofia is full of churches. Some of them are very old, like St Sofia, built on top of a 4th century Roman church, itself on the site of a necropolis. Others, like the 19th century Alexander Nevsky Cathedral, are more modern. What they all have in common is an abundance of artwork. Several have medieval painted walls, the most spectacular being the UNESCO listed Boyana Church, on the outskirts of Sofia. (Read more about the churches of Sofia…) ...... (follow the instructions below for accessing the rest of this article).
This article is featured in the app "GPSmyCity: Walks in 1K+ Cities" on iTunes App Store and Google Play. You can download the app to your mobile device to read the article offline and create a self-guided walking tour to visit the attractions featured in this article. The app turns your mobile device into a personal tour guide and it works offline, so no data plan is needed when traveling abroad.