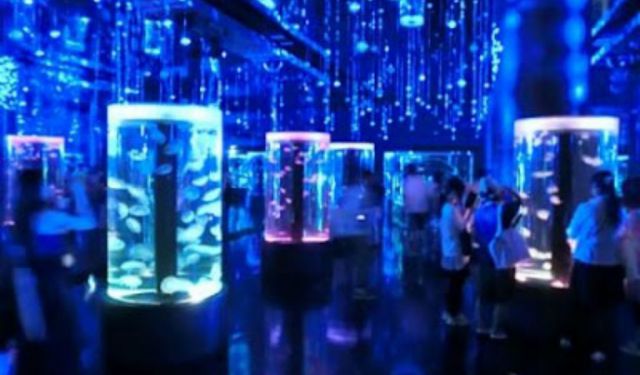 Don’t underestimate summer in Tokyo and any cities in Japan. It’s boiling hot.Some of you probably say, “That’s all right. Japan is in Temperate Zone. It might be hot for you, Kozue, but it cannot be so extreme.” Others will say, “I’m used to hot summer. I’m from Thailand and my friend is from Singapore!”

My English teacher in high school had an Indonesian friend. She planned a trip to Tokyo in summer and she was so excited. However, her trip went wrong. When she arrived at the hotel, she said that she would not be able to go out at all because it was too hot outside. She had to shut herself up in her hotel guestroom in the entire of her stay. The bus to the hotel, the hotel guestroom and the return bus to the airport became all of her trip to Tokyo in summer. My English teacher wondered, “Isn’t it hotter in Indonesia than in Tokyo?”

I do NOT think that it is a COMMON story. I see a lot of international travelers sightseeing in Asakusa,Harajuku or any place in Tokyo. How we feel the climate in a specific country depends on the individual. ...... (follow the instructions below for accessing the rest of this article).
This article is featured in the app "GPSmyCity: Walks in 1K+ Cities" on iTunes App Store and Google Play. You can download the app to your mobile device to read the article offline and create a self-guided walking tour to visit the attractions featured in this article. The app turns your mobile device into a personal tour guide and it works offline, so no data plan is needed when traveling abroad.