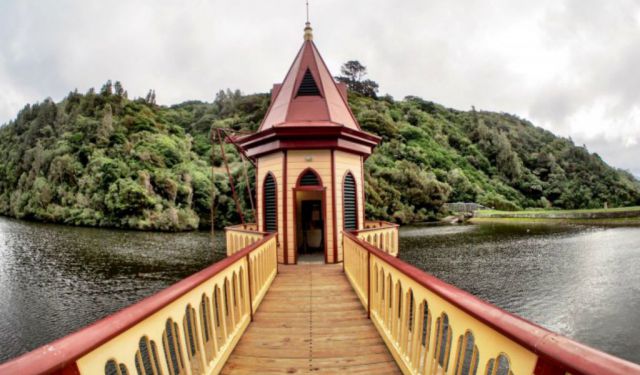 What Makes Wellington the Capital of Cool?, Wellington, New Zealand (B)

There’s a lot of buzz around New Zealand’s capital of cool these days. With the likes of BBC naming Wellington one of the “hottest cities of 2015” and Lonely Planet labelling it the “coolest little capital in the world,” I was more than intrigued. What really had me wanting to visit was the “capital” part of this equation. My home country capital of Ottawa can be labeled as “cool”, but more so for its frigid weather and less because of its excitement, unless of course you find cheating on your spouse exhilarating. Then there’s Canberra, Australia’s capital that is affectionately known as “Canboring.” To have a political town labeled as hip made me curious.

A quick stroll around Wellington’s walkable downtown core and I could already tell this place was unique. With over 100 outdoor public art pieces on display, Wellington’s moniker of “Capital of Cool” starts on the streets.

The recently completed Museum of New Zealand Te Papa Tongarewa is packed full of history and natural wonder. Although the museum has been criticized as being a little too “Disney” for some residents, my tour guide Phil proved it’s anything but. Walking through the halls I was taken on a journey through New Zealand’s beginning as a volcanic rock to the first Maori settlements and beyond. From locally produced guitar pedals to the world’s largest Colossal squid, the Te Papa Museum has it… and it’s pretty cool. ...... (follow the instructions below for accessing the rest of this article).
This article is featured in the app "GPSmyCity: Walks in 1K+ Cities" on iTunes App Store and Google Play. You can download the app to your mobile device to read the article offline and create a self-guided walking tour to visit the attractions featured in this article. The app turns your mobile device into a personal tour guide and it works offline, so no data plan is needed when traveling abroad.