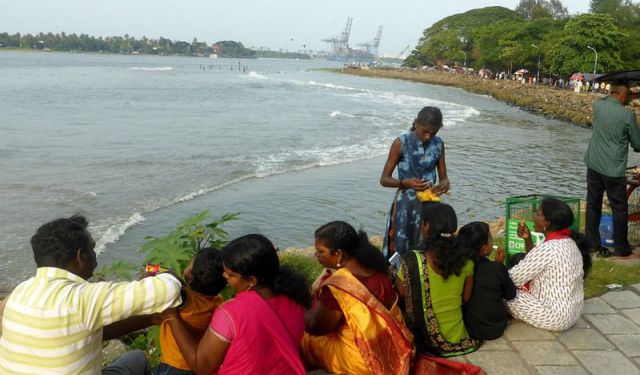 What to Do in Kochi Kerala, Kochi, India (B)

Were we nervous? Actually, yes! We had just arrived at Kochi Airport, Kerala after spending 10 days in Dubai. Our first trip to this enormous country with the 2nd largest population in the world and we had nothing planned but the first 3 nights at the Waterfront Granary Hotel in Mattancherry, Kochi. What were we thinking? Who arrives in an unknown country like India at 7 pm at night with no plans at all? Guess we do, would we do the same again? Yes, of course. We would like to share with you what to do in Kochi Kerala when you have no plans or even when you have plans you will find lots of tips and recommendations here.

A few years ago we were chatting with a fellow travel blogger who had started running tours to India and we never forgot his words of wisdom – “spend a month at a time in India and start in the more relaxed states of Kerala and Goa”. Boy, are we glad we took his advice.

Kerala is situated on the Malabar Coast of Southern India. To the North and North East, it is bordered by Karnataka, to the East and South the state of Tamil Nadu and to the West the Lakshadweep Sea. The South of India which includes Kerala and Tamil Nadu is situated between the Bay of Bengal and the Arabian Sea. Kerala is the 13th largest state of India and its Capital is Thiruvananthapuram. Malayalam is the official language spoken in Kerala. ...... (follow the instructions below for accessing the rest of this article).
This article is featured in the app "GPSmyCity: Walks in 1K+ Cities" on iTunes App Store and Google Play. You can download the app to your mobile device to read the article offline and create a self-guided walking tour to visit the attractions featured in this article. The app turns your mobile device into a personal tour guide and it works offline, so no data plan is needed when traveling abroad.

Create Your Own Self-Guided Walks in Kochi
Guide Name: What to Do in Kochi Kerala
Guide Location: India » Kochi
Guide Type: Self-guided Walking Tour (Article (B))
Author: Jane Dempster-smith
Read it on Author's Website: https://totraveltoo.com/what-to-do-in-kochi-kerala/
Sight(s) Featured in This Guide: