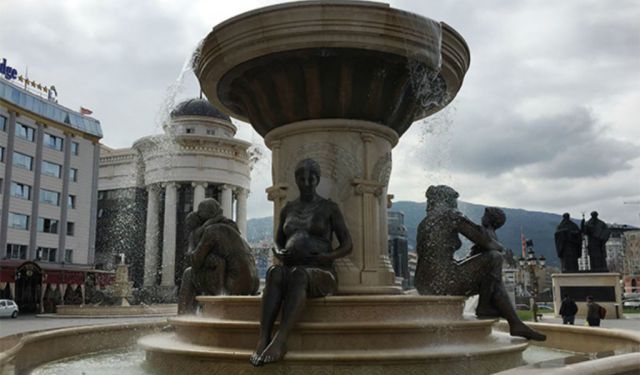 Why Visit Skopje at Least Once in Your Lifetime, Skopje, Macedonia (B)

Truth: Macedonia is one of the most beautiful countries in the Balkans. But Skopje, the capital is the magnet that draws curious tourists looking for something unique. From the numerous statues to the giant cross that overlooks the city from Mt Vodno and the old town streets that hide some very interesting secrets – Skopje provides that unmistakable flavour that is at once extraordinary and real.

It might interest you to know that the entire city was flattened out following the 1963 earthquake and plenty of money has gone into building it back again. Skopje 2014, a campaign launched in the year 2009 to revamp the city’s identity created something quite unique (construction is still on) – the current Skopje with its numerous high-rises and a whole lot of statues.

The first thing that strike you are the statues. Not the Kale Fortress or the House of Mother Theresa, but the statues. They are everywhere, with the highest concentration around the City Square.

Statues dot the main square and everywhere you look, you are likely to find one! Warriors and historical figures look over the visitors passing by, absorbed in photographing statues and buildings and bridges, some yet to be fully built. But there is no denying that there is enough to keep you mystified. And satisfied. ...... (follow the instructions below for accessing the rest of this article).
This article is featured in the app "GPSmyCity: Walks in 1K+ Cities" on iTunes App Store and Google Play. You can download the app to your mobile device to read the article offline and create a self-guided walking tour to visit the attractions featured in this article. The app turns your mobile device into a personal tour guide and it works offline, so no data plan is needed when traveling abroad.