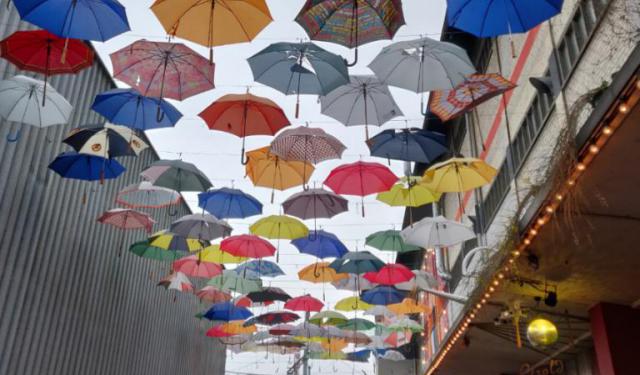 Nestled on the shore of its tranquil eponymous lake where it meets river Limmat, Zurich is a city that dons many hats. Founded by the Romans as early as 15 BC, the town’s historic centre or Altstadt is a kaleidoscope of historic buildings, churches with tall steeples and majestic clock faces, boutique stores and restaurants. All hosted on its winding, narrow cobbled roads and alleys, the area has a distinct medieval vibe that is both intriguing and interesting.

Beyond the old town is a city that is a bustling financial centre which is chic and contemporary. With cosmopolitan neighbourhoods, trendy shopping centres, a vibrant nightlife and excellent local transportation, it is little wonder that the largest city of Switzerland has been ranked consistently as one of the most liveable cities of the world. Given its eclectic nature, there is a lot to explore in Zurich beyond its famous landmarks. From chasing water fountains in the city to munching on piping hot heissi marroni, here is a list of some of the unusual things to see and do in Zurich. ...... (follow the instructions below for accessing the rest of this article).
This article is featured in the app "GPSmyCity: Walks in 1K+ Cities" on iTunes App Store and Google Play. You can download the app to your mobile device to read the article offline and create a self-guided walking tour to visit the attractions featured in this article. The app turns your mobile device into a personal tour guide and it works offline, so no data plan is needed when traveling abroad.