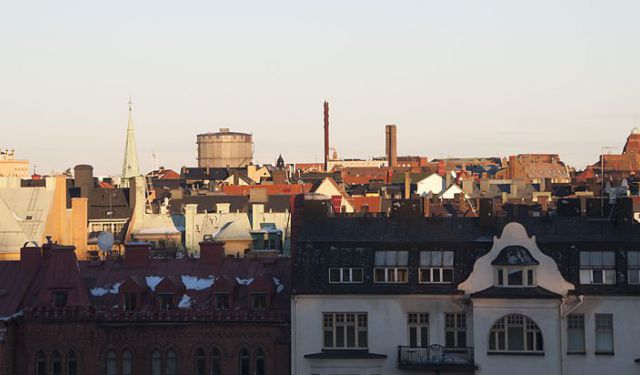 Vasastan may well be a densely populated district, but it has a cool relaxed vibe about it with attractive easygoing neighborhoods. Among them are Atlas and Birkastaden. The Atlas area has two pretty and tranquil streets, Atlasgatan and Vulcanusgatan which intersect. As you make your way around, note the National Romantic Swedish architecture and the large porticoes. At the northern frontier of Stockholm's historical city center is Birkastaden where most of the buildings are Art Nouveau. Admire their decorative and elegant façades.

Make your way over to Rörstrandsgatan Street, which proudly exhibits its European charm and flair. Owing to a recent restaurant boom in the area, the street has been affectionately nicknamed "Little Paris". This is a local favorite for a number of reasons. There are the hearty pasta lunches, which are some of the best in the city, fine beers and artisan chocolate. Throughout the Atlas and Birkastaden neighborhoods, you will find a number of good shops, cafés and restaurants. The area may not have the landmark buildings of other parts of the city, but what it lacks in big tourist attractions, it more than makes up for with its warmth, charm, architecture and great food.
Image Courtesy of Wikimedia and I99pema.
How it works: A discovery walk features a route using which you can explore a popular city neighborhood on your own. This walk, along with other self-guided walks in over 1,000 cities, can be found on the app "GPSmyCity: Walks in 1K+ Cities" which can be downloaded from iTunes App Store or Google Play to your mobile phone or tablet. The app's built-in GPS navigation functions allow following this walk route with ease. The app works both online and offline, so no data plan is needed when traveling abroad.