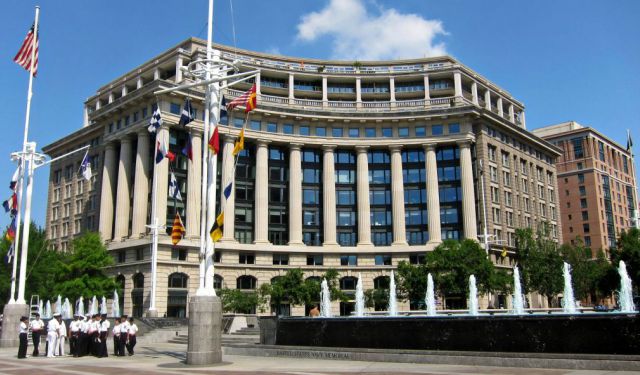 At only a few blocks in length, Washington DC's Chinatown may be a lot smaller than other Chinatown's in US cities, but it is no less dynamic, fascinating and exciting. Asian restaurants abound as do beautiful architectural and design details such as pagoda-style roofs and Chinese calligraphy.

When you visit be sure to stand by and photograph the Friendship Arch. Marvel at the workmanship that went into the making of this traditional Chinese gate, which consists of thousands of colorful tiles and more than 200 painted dragons. It is the largest free standing arch in the United States and marks the city’s close friendship and ties with Beijing. Close to Chinatown is Penn Quarter, referred to by some as old downtown. This is a revitalized and reenergized hub of arts and entertainment, bursting with theaters, galleries, nightclubs, restaurants, hotels and fashionable boutiques.

Within the neighborhood's limits are several landmark buildings, including the J. Edgar Hoover Building (headquarters of the FBI), the National Portrait Gallery, the US Navy Memorial and the Verizon Center. This is a vast sports and entertainment arena where you can watch basketball, hockey and concerts by some of the biggest musical acts in the world.
Image Courtesy of Flickr and Josh.
How it works: A discovery walk features a route using which you can explore a popular city neighborhood on your own. This walk, along with other self-guided walks in over 1,000 cities, can be found on the app "GPSmyCity: Walks in 1K+ Cities" which can be downloaded from iTunes App Store or Google Play to your mobile phone or tablet. The app's built-in GPS navigation functions allow following this walk route with ease. The app works both online and offline, so no data plan is needed when traveling abroad.