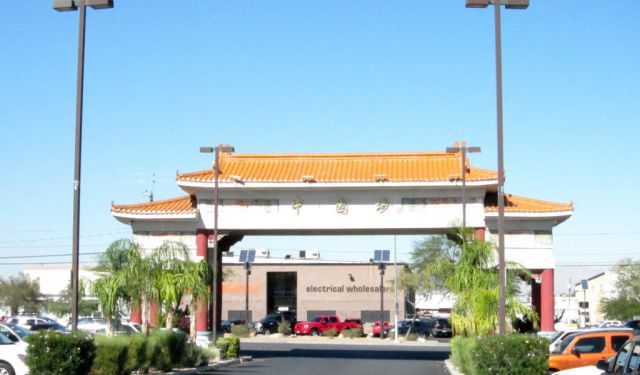 La Vegas is a city of surprises and extravagances ranging from the totally outrageous to the completely ridiculous! Luckily, Chinatown doesn’t fall into either of these categories and is a true gem hidden near the heart of the city. It is probably one of the only places in Vegas where you will find authentic people, food and stores. Unlike the Chinatowns in most other cities, but completely in keeping with Las Vegas, the district didn’t grow up and spread out naturally, but rather was planned by city developers. This, however, doesn’t distract from its unique charm as the residents have added their own personal touches, making it a true neighborhood faithful to the ethnic origins of its pan-Asian inhabitants.

You will find a multitude of both large and small shops selling traditional herbal remedies, fragrant teas and Asian spices, nestling alongside up-market shopping malls and department stores. On Chinatown Plaza you will find a gilded statue portraying “The Journey to the West and the Monkey King” and a beautiful Chinese arch. If you have come to Chinatown to eat, you won’t be disappointed and you will find a vast choice of restaurants, cafes and snack bars offering Chinese, Japanese, Filipino and Vietnamese menus.
Image Courtesy of Flickr and Perry Quan.
How it works: A discovery walk features a route using which you can explore a popular city neighborhood on your own. This walk, along with other self-guided walks in over 1,000 cities, can be found on the app "GPSmyCity: Walks in 1K+ Cities" which can be downloaded from iTunes App Store or Google Play to your mobile phone or tablet. The app's built-in GPS navigation functions allow following this walk route with ease. The app works both online and offline, so no data plan is needed when traveling abroad.

Built amid Nevada’s Mojave Desert, Las Vegas is an iconic destination renowned for its round-the-clock casinos and numerous entertainment options. Las Vegas Strip is one of the greatest entertainment places in the world, as well as the densest collection of neon lights. A walk down the Strip is an all-inclusive Las Vegas experience - an adventure that comprises 75 years of history, glamour and...  view more