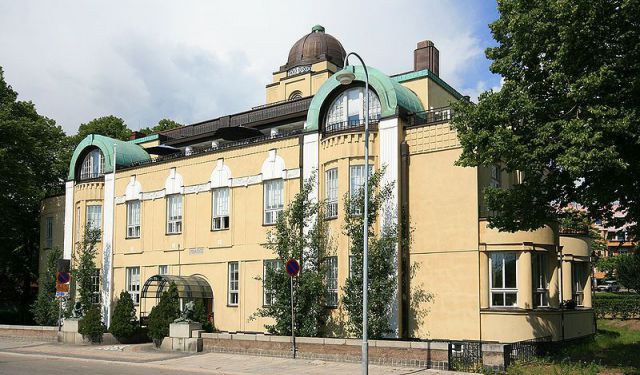 There is a lot of great architecture to admire and appreciate in Helsinki, and one place that is brim-full of beautiful buildings is Eira. The upmarket neighborhood is situated to the south of the city center and is noted in particular for its sumptuous villas and Jugend architecture, the Austrian influenced Art Nouveau style.

Check out Eira Hospital, a Jugend masterpiece that was completed in the first decade of the 20th century and after which the area takes its name. The hospital in turn took its name from the Eira Hospital in Stockholm, which was named after Eir, the Scandinavian goddess of healing. Survey the magnificent exterior before moving on to sightsee the locale’s other architectural highlights. Look up and down Jugend apartment blocks, taking in their decorative, nature-inspired elements. These are some of the most expensive and highly sought after apartments in the city.

Go over to Eira Beach, an exclusive quarter with modern luxury developments, high-end restaurants and boutiques. View the exteriors of Eira’s gorgeous villas. Today, many of these properties have been subdivided into smaller homes. Other highlights within the neighborhood are foreign embassies and even more upscale restaurants.
Image Courtesy of Wikimedia and Mahlum.
How it works: A discovery walk features a route using which you can explore a popular city neighborhood on your own. This walk, along with other self-guided walks in over 1,000 cities, can be found on the app "GPSmyCity: Walks in 1K+ Cities" which can be downloaded from iTunes App Store or Google Play to your mobile phone or tablet. The app's built-in GPS navigation functions allow following this walk route with ease. The app works both online and offline, so no data plan is needed when traveling abroad.