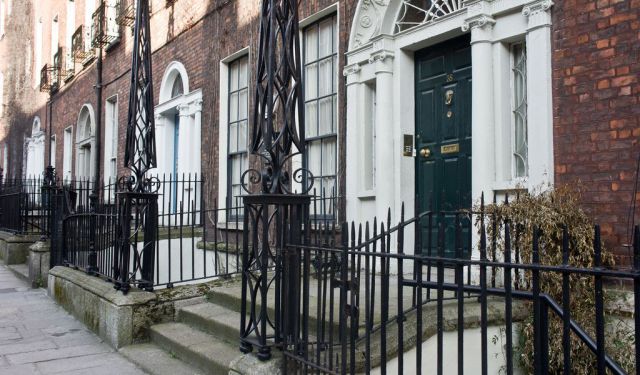 If you want to see magnificent examples of great architecture, tour the streets of the Georgian neighborhood. The façades of their old buildings reveal something of the city's history, because they marked a massive change in Dublin. During the Georgian era, the medieval streets and old decrepit buildings gave to way to some astonishing homes, roads and squares. Not wanting to spoil a good and beautiful thing, many of Georgian residences remain to this day, although inside they have been adapted to modern needs and lifestyles. In fact the Georgian streets and squares probably represent the best preserved consistent system of 18th-century architecture still in existence.

There are so many highlights to pick out, but among the finest and oldest structures are those on Henrietta Street. As you make your way through the area, pause to study the architectural details and design embellishments. They include sash windows, doors topped with a window, a chimney on both sides of a house and window guards. Walk over to Mountjoy Square, said to be the only "true" Georgian Square in Dublin. It features a number of beautiful terraced Georgian houses with characteristic black metal railings at the front of each property.
Image Courtesy of Flickr and William Murphy.
How it works: A discovery walk features a route using which you can explore a popular city neighborhood on your own. This walk, along with other self-guided walks in over 1,000 cities, can be found on the app "GPSmyCity: Walks in 1K+ Cities" which can be downloaded from iTunes App Store or Google Play to your mobile phone or tablet. The app's built-in GPS navigation functions allow following this walk route with ease. The app works both online and offline, so no data plan is needed when traveling abroad.