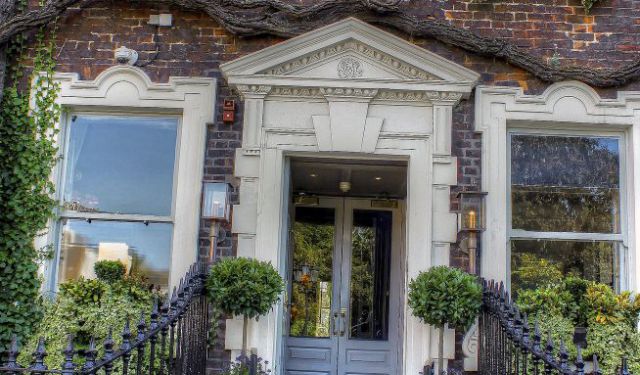 Ever since five story terraces were built for the aristocracy, Dublin's Georgian architecture has been much admired around the world and is an icon of the city. From the beginning of the 18th century to the first half of the 19th century, Dublin became a city transformed. Out went the old medieval buildings and in came magnificent Georgian homes.

Experience this rich Georgian heritage when you go to Merion Square, which was laid out in 1762. This beautiful square features gorgeous terraced Georgian houses on three of its sides. You don’t need to be an architecture buff to appreciate their splendor. Today, most of these are home to offices, but behind their impressive brick façades is a lot of history. Number 1 Merion Square is where Oscar Wilde lived as a child, while poet W.B.Yeats lived at number 82. Irish political leader Daniel O'Connell resided at number 58. Bram Stoker, the legendary author of Dracula used to come to the square to attend Lady Wilde's salons. At its center is an attractive public park, a wonderful place to spend some downtime. Relax on the grass, visit the central floral garden and the heather garden and see the collection of old Dublin lamp posts. There are also several sculptures here.
Image Courtesy of Flickr and psyberartist.
How it works: A discovery walk features a route using which you can explore a popular city neighborhood on your own. This walk, along with other self-guided walks in over 1,000 cities, can be found on the app "GPSmyCity: Walks in 1K+ Cities" which can be downloaded from iTunes App Store or Google Play to your mobile phone or tablet. The app's built-in GPS navigation functions allow following this walk route with ease. The app works both online and offline, so no data plan is needed when traveling abroad.