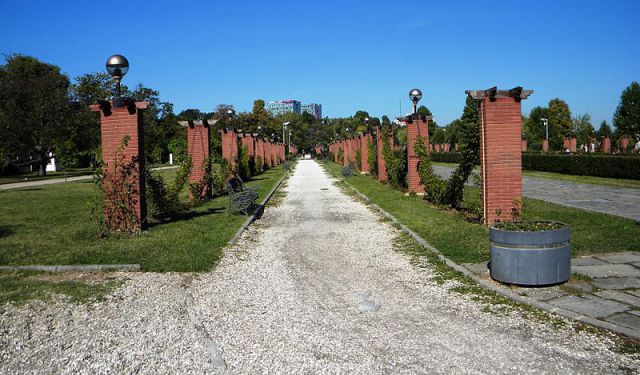 Herastrau Park is where Bucharest's residents come to relax, especially during the summer. This delightful park is spread over 462 acres (187 hectares) around Herastrau Lake, and there is lots to see and do here.

Play tennis, visit the old-fashioned fairground, relax on the grass and rent a boat for a trip on the lake, or take the ferry. Enjoy the lush flora and visit such popular areas as the Japanese Garden and Rose Island which is filled with roses and is also home to exotic birds. Take a stroll along the lakeshore, a place where Bucharest’s wealthiest citizens used to come to promenade.

Spend some time in the Dimitrie Gusti National Village Museum, an open-air ethnographic museum that explores traditional Romanian village life. See numerous authentic peasant farms as well as houses from all over the country. There are also churches, sheds, stables and windmills, and some of the properties have been furnished with authentic items such as old furniture and tapestries.

Other highlights of the village museum are the statues of Romanian revolutionary Nicolae Balcescu and Rabindranath Tagore, a Bengali polymath and towering literary figure. There is also a statue of Prince Charming (Fat Frumos) and a memorial to Michael Jackson. The children will love a visit to the park's Reef Aquarium where they can get close to more than 300 kinds of fish and other forms of sea life.
Image Courtesy of Wikimedia and Britchi Mirela.
How it works: A discovery walk features a route using which you can explore a popular city neighborhood on your own. This walk, along with other self-guided walks in over 1,000 cities, can be found on the app "GPSmyCity: Walks in 1K+ Cities" which can be downloaded from iTunes App Store or Google Play to your mobile phone or tablet. The app's built-in GPS navigation functions allow following this walk route with ease. The app works both online and offline, so no data plan is needed when traveling abroad.