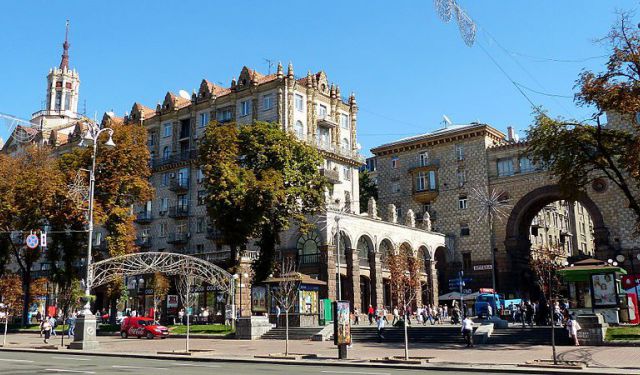 Kiev proudly presents residents and visitors alike with lots of exciting shopping opportunities. A local favorite is Khreschatyk Street, which is the main avenue in Kiev. It extends for several blocks and boasts many shops, cafés and restaurants. It is considered to be one of the Top 20 most expensive shopping streets in Europe. This is said to be Kiev’s answer to London’s Oxford Street and America’s Fifth Avenue and there are row upon row of top-end stores, including Bulgari, Gucci and Louis Vuitton. There are also such popular high street names as Adidas and Marks and Spencer.

During the weekends and public holidays, the area is cut off to traffic and fully pedestrianized. As you walk through the neighborhood you will come across numerous street vendors, selling ice cream jewelry, scarves, snacks and souvenirs.

Make your way to the Kiev Passage, a narrow shopping corridor where each building is either a café or a shop, typically selling luxurious brands. One of the best shopping experiences is to be found beneath the streets in the Globus mall. This is an underground shopping haven at the city's Independence Square (Maidan Nezalezhnosti). There are nearly 200 shops on three levels, many selling clothes by the world's favorite brands. Expect to see such names as Esprit, Motor Jeans and Tommy Hilfiger.
Image Courtesy of Nick Grapsy.
How it works: A discovery walk features a route using which you can explore a popular city neighborhood on your own. This walk, along with other self-guided walks in over 1,000 cities, can be found on the app "GPSmyCity: Walks in 1K+ Cities" which can be downloaded from iTunes App Store or Google Play to your mobile phone or tablet. The app's built-in GPS navigation functions allow following this walk route with ease. The app works both online and offline, so no data plan is needed when traveling abroad.