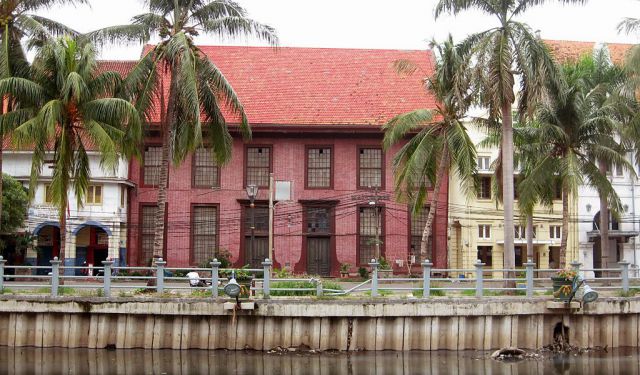 Enjoy a fascinating look at Indonesia’s past with a visit to Kota Tua. This is Jakarta's old town, also known as Old Jakarta or Old Batavia in Dutch. The historic neighborhood exudes a quaint old world charm with historical buildings, attractions and landmarks.

Rewind the clock back almost five hundred years and this area was the region's center of commerce. It is where early Dutch colonialists established a base and where the modern metropolis that we know today got its start. Much of Kota Tua’s past survives in the old buildings, some of which are gently decaying while others have been restored to their former glory and turned into museums, offices and warehouses.

As you tour the area, note the different architectural styles, among them Dutch and Chinese. Some of the key buildings to put on your itinerary are the former City Hall of Batavia, which now accommodates the Jakarta History Museum and the Luar Batang Mosque. This is one of the oldest mosques in Jakarta.

Break up your tour of the old town with some refreshments at Café Batavia, housed in a colonial style building from the middle of the 19th century. Whereever you go in Kota Tua, you will discover fascinating history at every turn.
Image Courtesy of Flickr and .angels..
How it works: A discovery walk features a route using which you can explore a popular city neighborhood on your own. This walk, along with other self-guided walks in over 1,000 cities, can be found on the app "GPSmyCity: Walks in 1K+ Cities" which can be downloaded from iTunes App Store or Google Play to your mobile phone or tablet. The app's built-in GPS navigation functions allow following this walk route with ease. The app works both online and offline, so no data plan is needed when traveling abroad.