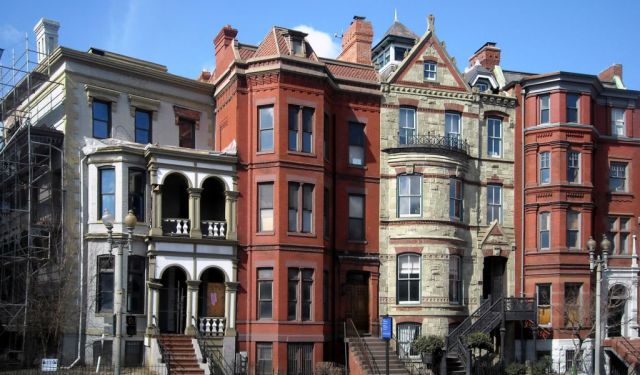 Logan Circle is one of the most sought after neighborhoods in Washington DC. This prosperous, historic district is named after John A. Logan, a Civil War general and senator, and features homes that date back to the 19th century. Late Victorian historic row houses, Richardsonian and Romanesque three-and-four-story properties and luxury condominiums line its wide boulevards. Some of the city’s most luxurious condos are situated here. This is a great place to come for a stroll among beautiful architecture and leafy avenues.

Meander along 14th Street, the neighborhood's principle commercial artery, where you will find art galleries, restaurants, home goods stores, performance spaces and trendy cafés. Logan's Circle encompasses two historic districts, the Logan Circle Historic District and the Fourteenth Street Historic District as well as featuring properties that are listed in the National Register of Histories Places. One foot may well be rooted in the past, but the other is firmly planted in the modern world, with its energetic nightlife and the achingly hip U Street Corridor. This predominately Victorian-era neighborhood hosts numerous bistros, bars, boutiques and live music venues.
Image Courtesy of Wikimedia and AgnosticPreachersKid.
How it works: A discovery walk features a route using which you can explore a popular city neighborhood on your own. This walk, along with other self-guided walks in over 1,000 cities, can be found on the app "GPSmyCity: Walks in 1K+ Cities" which can be downloaded from iTunes App Store or Google Play to your mobile phone or tablet. The app's built-in GPS navigation functions allow following this walk route with ease. The app works both online and offline, so no data plan is needed when traveling abroad.