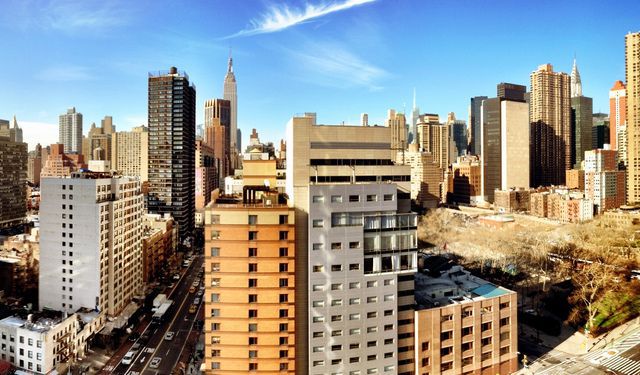 The midtown Manhattan neighborhood of Murray Hill is a gorgeous feast for the eyes, with an architectural landscape that takes in pre-war buildings, 19th-century townhouses and post-college co-eds.

Within its boundaries are two iconic pieces of architecture. Admire the magnificent Beaux-Arts building that is Grand Central Terminal, more commonly known as “Grand Central Station”, one of the busiest train stations in the country. Tour the cavernous Main Concourse and look up at the iconic four-faced clock on top of the information booth. There are more than 40 platforms here as well as numerous restaurants.

Then head to the Chrysler Building, a fabulous Art Deco skyscraper that for a brief period in its history was the tallest building in the world. It is one of the most admired structures in the city and stands at a neck-craning height of 1,048 feet (319.5 meters). Among its most standout features are the crescent-shaped steps of the spire which are made of steel, under which are steel gargoyles, depicting American eagles.

Another architectural highlight in the neighborhood is the Morgan Library & Museum, an Italian Renaissance-style palazzo that is home to a rare collection of books.
Image Courtesy of Flickr and Marc Flores.
How it works: A discovery walk features a route using which you can explore a popular city neighborhood on your own. This walk, along with other self-guided walks in over 1,000 cities, can be found on the app "GPSmyCity: Walks in 1K+ Cities" which can be downloaded from iTunes App Store or Google Play to your mobile phone or tablet. The app's built-in GPS navigation functions allow following this walk route with ease. The app works both online and offline, so no data plan is needed when traveling abroad.

12) 209 Madison Avenue, Church of the Incarnation