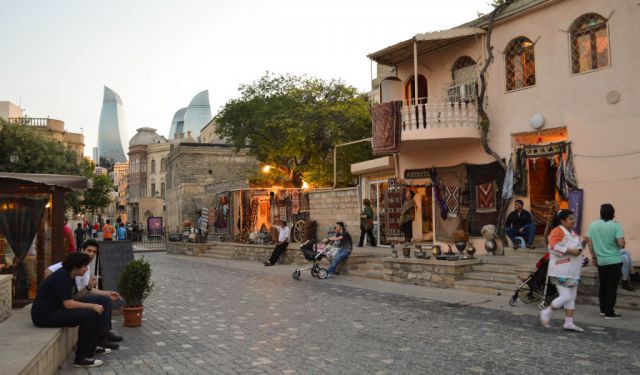 When you are shopping for antiques in Baku, you do so in a city that fittingly has a long and rich history, some of which can be seen in its old buildings and roads. In 2000, this walled city became the first location in Azerbaijan to be classified as a world cultural site by UNESCO. Many of the ancient walls and towers are in excellent condition, having been strengthened after the Russian conquest in 1806.

As you explore the cobbled streets and alleys of Baku to look for the antique and carpet shops, pause to take in some of the astounding scenery. Your walk will take you past the 11th-century Maiden's Tower, the Djuma Mosque and the Palace of the Shirvanshahs, a jewel of Azerbaijan architecture.

Tear your eyes away from the ancient buildings for a while to go on your antiques hunt. There are several galleries full of fascinating items from previous decades and centuries. One of the area’s principle attractions are the carpet shops, set in numerous locations along the small alleyways. Azerbaijani rugs and carpets are famous all over the world for their quality, aesthetic appeal and the skill of the workmanship that went into their making.
Image Courtesy of Flickr and Francisco Anzola.
How it works: A discovery walk features a route using which you can explore a popular city neighborhood on your own. This walk, along with other self-guided walks in over 1,000 cities, can be found on the app "GPSmyCity: Walks in 1K+ Cities" which can be downloaded from iTunes App Store or Google Play to your mobile phone or tablet. The app's built-in GPS navigation functions allow following this walk route with ease. The app works both online and offline, so no data plan is needed when traveling abroad.