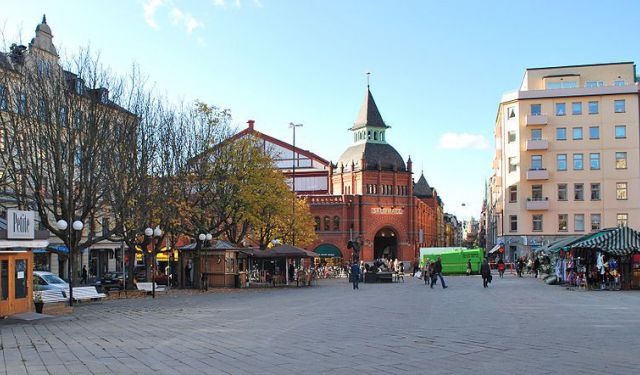 Ostermalm is a very swish area in Stockholm, the most elegant, expensive and exclusive part of the city. This is the richest neighborhood, a place where you will find expensive fine dining, exclusive bars and clubs and luxury brand boutiques. Stockholm's wealthy elite live, shop and entertain here.

As you make your way through the streets, admire the historic Swedish architecture of the sumptuous and stately buildings and enjoy the peace and tranquility. Walk down Valhalla Road (”Valhallavägen” in Swedish). At 3,532 feet (1,077 meters) long, this is the city's longest street. Stroll through scenic parks and relax at Karlaplan Square, an open park-plaza with a delightful fountain. This beautiful space is named in honor of all the Swedish kings called Karl.

Watch sporting greats in action or see a concert at Stockholms Olympiastadion (Stockholm Olympic Stadium). This major area first opened for the 1912 Olympic Games and since then has witnessed more athletics world records being broken than any other stadium in the world. Among the huge musical acts to have delighted the crowds here are the Rolling Stones, Michael Jackson, KISS and AC/DC. Round off your trip to the neighborhood with some gourmet dining in an upmarket eatery.
Image Courtesy of Wikimedia and Arild Vågen.
How it works: A discovery walk features a route using which you can explore a popular city neighborhood on your own. This walk, along with other self-guided walks in over 1,000 cities, can be found on the app "GPSmyCity: Walks in 1K+ Cities" which can be downloaded from iTunes App Store or Google Play to your mobile phone or tablet. The app's built-in GPS navigation functions allow following this walk route with ease. The app works both online and offline, so no data plan is needed when traveling abroad.