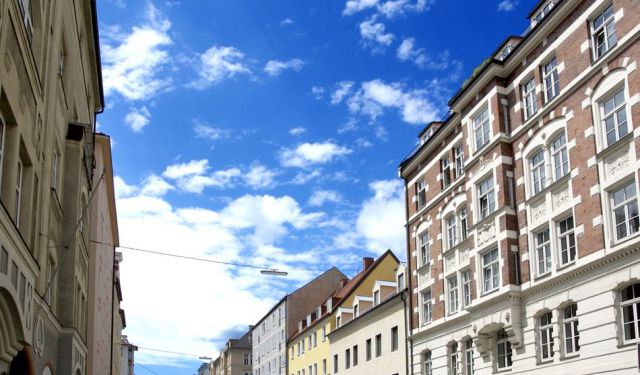 Schwabing is a fascinating district in northern Munich, once the hip hangout of artists and other bohemian types. Although still referred to locally as the "artists’ quarter" the easels, studios and workshops have long since moved out as fashion boutiques and gentrification moved in. Less touristy than many other parts of the city, this is a welcoming place loved by its residents. More than 100 years ago, Franziska zu Reventlow, the Countess of Schwabing referred to it as: "Schwabing is not a neighborhood, but a state of being". She was a writer and artist who lived in the area.

The principle shopping and restaurant road is Leopoldstrasse, a lively street of shops, restaurants, cafés and hotels. The second most popular street for shopping in Schwabing is Hohenzollernstrasse, where there are instantly recognizable brands such as Zara, the Spanish clothing giant and Hallhuber, the German fashion company. Also on this strip are supermarkets, interior design shops and cafés. During your shopping trip, make a point of going to see one of the neighborhood's most famous landmarks, Munich’s Siegestor (Victory Gate). The three-arched triumphal arch was built in the middle of the 19th century and serves as a symbol of peace.
Image Courtesy of Flickr and digital cat.
How it works: A discovery walk features a route using which you can explore a popular city neighborhood on your own. This walk, along with other self-guided walks in over 1,000 cities, can be found on the app "GPSmyCity: Walks in 1K+ Cities" which can be downloaded from iTunes App Store or Google Play to your mobile phone or tablet. The app's built-in GPS navigation functions allow following this walk route with ease. The app works both online and offline, so no data plan is needed when traveling abroad.