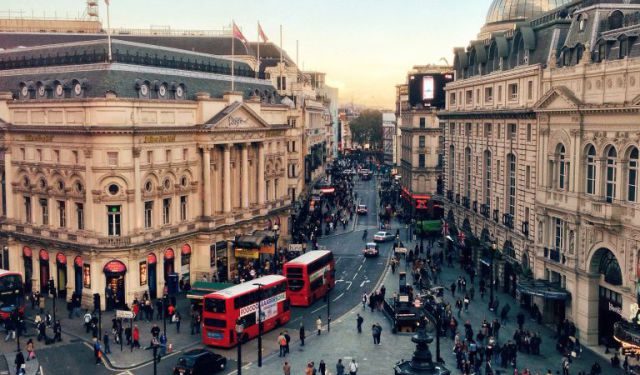 St. James is a very upmarket and traditional part of London, a stylish place where you can enjoy West End Theater productions and find fabulous fashions for men. St James has earned a reputation as the home of British menswear with its numerous tailors making bespoke outfits. Head to Jermyn Street, known all over the world for its men’s tailors and shirt makers. The street has a long history, dating back to 1664 when King Charles II commissioned Henry Jermyn, the Earl of St. Albans to establish an area close to St. James’s Palace. It has thrived ever since.

In addition to tailors and clothes shops, the thoroughfare hosts art galleries, food and wine merchants, restaurants and hotels. In the Pall Mall area are some of the most hallowed institutions in the capital, at least among their members. These are the private gentleman's clubs, which were particularly popular among the upper classes of the 18th and 19th centuries. Many are still enclaves of exclusivity.

For a glamorous night out, go to London's West End where many spectacular musicals and top-rated shows are performed. Head to the Haymarket, which is the home of two of London's most historic theaters, the Haymarket Theater and Her Majesty's Theater.
Image Courtesy of Flickr and Mike Rolls.
How it works: A discovery walk features a route using which you can explore a popular city neighborhood on your own. This walk, along with other self-guided walks in over 1,000 cities, can be found on the app "GPSmyCity: Walks in 1K+ Cities" which can be downloaded from iTunes App Store or Google Play to your mobile phone or tablet. The app's built-in GPS navigation functions allow following this walk route with ease. The app works both online and offline, so no data plan is needed when traveling abroad.