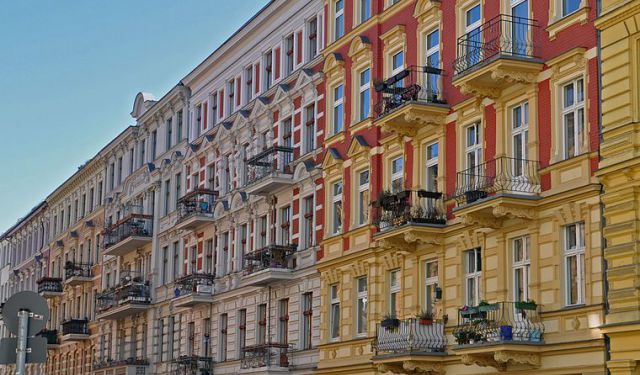 Image by Goofy50 on Wikimedia under Creative Commons License.

Kreuzberg is one of the most vibrant parts of Berlin, a lively district with fabulous dining, beautiful sights and some great shopping. Relax in the gorgeous green surrounds of Viktoriapark, a charming urban park. During the summer months an artificial waterfall sends water plunging from a height of 24 meters (79 feet). For a good view, sit on the rocks overlooking the cascade. Then stop by the park's most famous landmark, the National Monument for the Liberation Wars. The cast iron monument was built in 1821 and was dedicated by King Frederick William III of Prussia to soldiers who fought and died in the Liberation Wars. Another important historic site in Kreuzberg is the main building of Tempelhof airport. The transport hub has witnessed some remarkable moments over the years. Hitler spoke here, aviation pioneer Orville Wright flew overhead in 1909 and many refugees came here when Germany was divided into east and west.

If you fancy a shopping trip while you are in the neighborhood, you'll find numerous secondhand and vintage clothing stores in the Bergmannstrasse, although the most popular shops on the strip are the antique stores. Come back to this street for dinner in restaurants that have been infused with a variety of cultures.
How it works: A discovery walk features a route using which you can explore a popular city neighborhood on your own. This walk, along with other self-guided walks in over 1,000 cities, can be found on the app "GPSmyCity: Walks in 1K+ Cities" which can be downloaded from iTunes App Store or Google Play to your mobile phone or tablet. The app's built-in GPS navigation functions allow following this walk route with ease. The app works both online and offline, so no data plan is needed when traveling abroad.

11) Am Tempelhofer Berg corner with Bergmannstraße