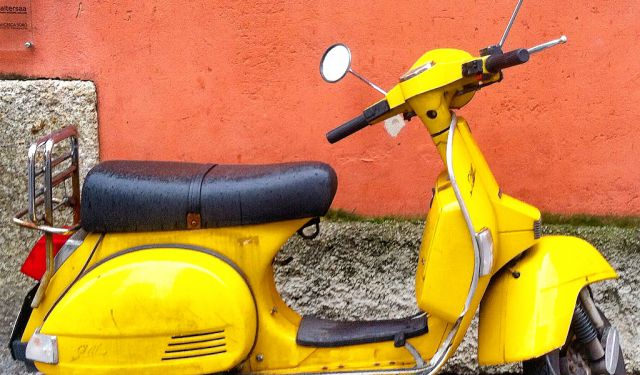 6 Miracles in Milano, Milan, Italy (B)

Whether you believe in actual miracles, happy coincidences, or good luck, it's all the same. Milan is an incredible city. I loved my four days there, wandering in and out of churches, walking down as many alleys as I could find, and realizing that Milan is yet another wonderful place I could really live.

During my rainy weekend, there were six moments when what I was looking at or experiencing was absolutely miraculous.

Leonardo da Vinci may not be a deity, but I could feel his presence inside the Santa Maria delle Grazie. Where the Mona Lisa may fail to impress in Paris' Louvre, The Last Supper will absolutely blow you away. It is imperative that you reserve a ticket in advance; I booked my online ticket over three weeks before my trip, and I barely made the cut with only two tickets left during the whole weekend I would be there! The painting itself was deteriorating only twenty years after it was finished at the end of the 15th century. After many failed restoration attempts, a vandalizing French army, and the building being bombed during World War II, it's a miracle that The Last Supper has survived to be seen. ...... (follow the instructions below for accessing the rest of this article).
This article is featured in the app "GPSmyCity: Walks in 1K+ Cities" on iTunes App Store and Google Play. You can download the app to your mobile device to read the article offline and create a self-guided walking tour to visit the attractions featured in this article. The app turns your mobile device into a personal tour guide and it works offline, so no data plan is needed when traveling abroad.