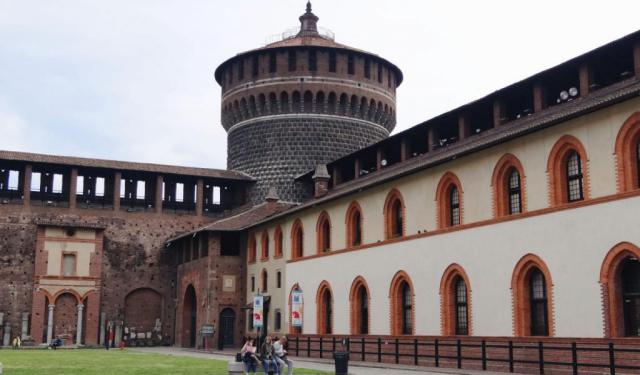 Situated in the northern part of Italy, Milan is also known as the capital of Lombardy region which borders with Switzerland. The city itself is home to a bit over 1 million citizens and at least 8 million tourists a year. I would be lying if I said that I loved Milan.

Don’t get me wrong, the city itself is quite fascinating and lovely to look at and explore. What I didn’t enjoy is the number of tourists and people near more popular landmarks. It can get crazy during the day and if you’re anything like me (a.k.a. being in big crowds gives you massive anxiety), then chances are that Milan won’t be one of those cities that will steal your heart.

But don’t let me ruin your parade! Milan has quite a few charming places to visit which definitely proves why the city is so well-visited by people from all over the world.

The fastest way to reach Milan is to take a plane which isn’t the most sustainable and environmentally-friendly option, bear in mind, especially when it is so easy to travel around Europe with buses or trains. ...... (follow the instructions below for accessing the rest of this article).
This article is featured in the app "GPSmyCity: Walks in 1K+ Cities" on iTunes App Store and Google Play. You can download the app to your mobile device to read the article offline and create a self-guided walking tour to visit the attractions featured in this article. The app turns your mobile device into a personal tour guide and it works offline, so no data plan is needed when traveling abroad.