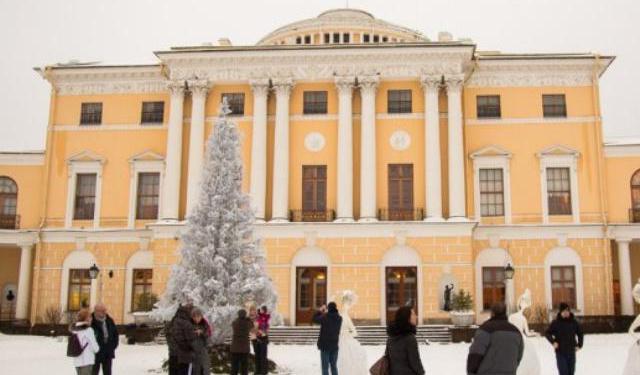 Pavlovsk Palace – Is it Worth Visiting?, St. Petersburg, Russia (B)

Pavlovsk Palace (or Paul’s Palace) isn’t as popular of a tourist destination as Catherine Palace or Peterhoff Palace – but does that mean it’s not worth adding to your St. Petersburg, Russia itinerary? This post will explain!

But first, you’re probably wondering what in the world this place actually is. Here’s a really quick rundown on the story behind Pavlovsk Palace…

This palace was built in the 18th century on orders from Catherine the Great (Russia’s longest-ruling female leader). She had it made for her son, Paul and his second wife, Maria Fyodorovna (who is the brains behind the interior design of the place). This was their summer palace. And this family’s history and relationship with one another is very interesting, to say the least. If you want to learn more on Catherine the Great and company you can check out this article.

It was a royal residence until 1917. After that, it became a museum. It then burned down during WWII… but has now been restored to its former glory. ...... (follow the instructions below for accessing the rest of this article).
This article is featured in the app "GPSmyCity: Walks in 1K+ Cities" on iTunes App Store and Google Play. You can download the app to your mobile device to read the article offline and create a self-guided walking tour to visit the attractions featured in this article. The app turns your mobile device into a personal tour guide and it works offline, so no data plan is needed when traveling abroad.