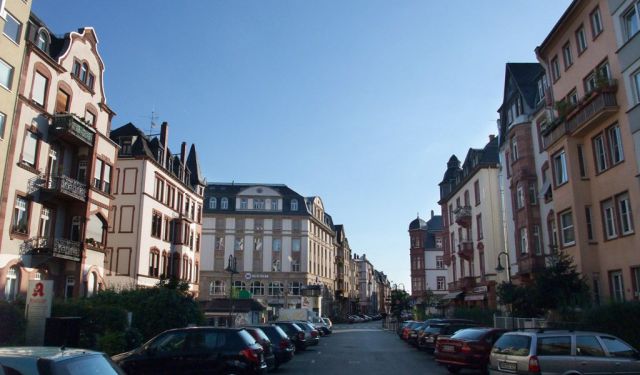 If you are on a sightseeing tour of Frankfurt, Bockenheim is an excellent place to stay because it is near to many of the city's key attractions. Nearby is Senckenberg Museum of Natural History, one of the largest natural history museums in Germany. Inside the palatial looking building is a vast collection of dinosaur fossils, including one with preserved scaly skin.

In addition to all the old bones, there are lots of animal specimens covering millions of years of the Earth's history. Give yourself at least half a day to explore the museum’s three floors. Outside the building is a geopark, an open-air site where you can walk and learn about the history of our planet. Exhibits are presented on seven sites with samples from different geological areas.

After investigating the museum’s attractions, make tracks for Festhalle, a large multi-purpose hall that first opened in 1909. The building is particularly notable for its vast dome that is 213 feet (65 meters) wide and 130 feet (40 meters) high. As well as admiring the cupola and the rest of the building’s architecture, book tickets for a concert or sporting event at this major entertainment center. Occasionally, some of the biggest names in music perform here.
Image Courtesy of Flickr and il_cattivo.
How it works: A discovery walk features a route using which you can explore a popular city neighborhood on your own. This walk, along with other self-guided walks in over 1,000 cities, can be found on the app "GPSmyCity: Walks in 1K+ Cities" which can be downloaded from iTunes App Store or Google Play to your mobile phone or tablet. The app's built-in GPS navigation functions allow following this walk route with ease. The app works both online and offline, so no data plan is needed when traveling abroad.