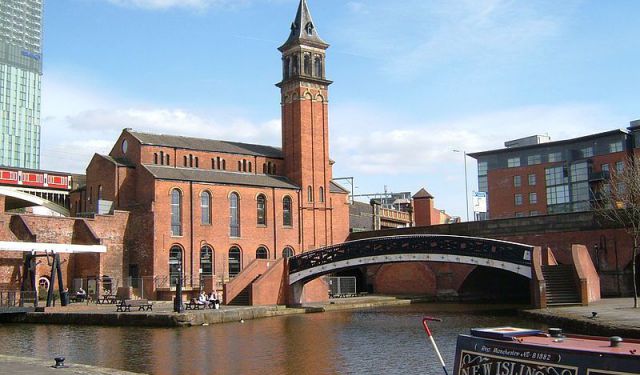 See where Manchester started, almost two thousand years ago when you explore the Castlefield area. This was the site of the Roman fort of Mamucium, from which Manchester gets its name. Although the original timber fort has long since disappeared the ruins of the later stone structure can be explored.

In front of the former defensive stronghold is the Roman garden. It includes plants that were grown in Britain during Roman times, such as roses and ivy. The fort’s remains are protected as a Scheduled Ancient Monument. This site is part of a conservation area alongside the Rochdale Canal, which contains reminders of Manchester's industrial past. It has been designated an Urban Heritage Park, and one can see canal systems, railway viaducts and old warehouses that have been repurposed as trendy apartments, bars and restaurants.

A stroll through its surrounds will also take you past restored Victorian houses. One of Castlefield district's biggest attractions is MOSI, the Museum of Science and industry. It is situated on the site of the world’s oldest surviving passenger railway station and spread across several listed buildings of historical significance. Study displays of cars, aircraft, and railway locomotives, take part in hands-on activities, see industrial machines and tour themed galleries.
Image Courtesy of Wikimedia and Clem Rutter.
How it works: A discovery walk features a route using which you can explore a popular city neighborhood on your own. This walk, along with other self-guided walks in over 1,000 cities, can be found on the app "GPSmyCity: Walks in 1K+ Cities" which can be downloaded from iTunes App Store or Google Play to your mobile phone or tablet. The app's built-in GPS navigation functions allow following this walk route with ease. The app works both online and offline, so no data plan is needed when traveling abroad.

Image Courtesy of Ingy The Wingy.