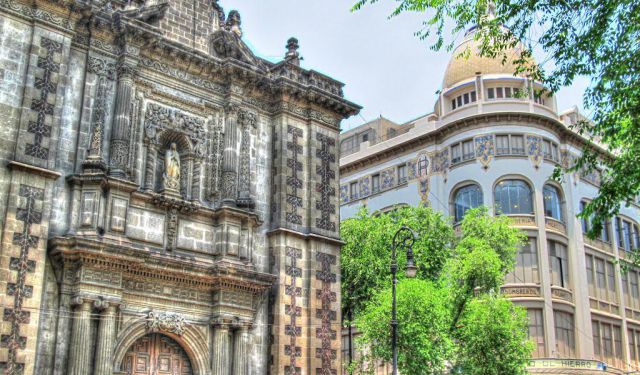 Embark on a shopping trip to the historic center of Mexico City and admire some of the old buildings and historic architecture as you flit between shops and stores. With its colonial and European architecture and narrow cobblestone streets, the area has a different look and feel to many other places in the city. Several of the country’s' most popular department stores first opened their doors here and streets such as Francisco I.

Madero Avenue host Mexico's biggest clothing chains. One of the defining characteristics of shopping in the historic center is that each area has a specialism. For example, Tacuba Street is where people go if they want perfume. Carve out some time to look over and visit some of the historic buildings. Go to the Palacio de Hierro (The Iron Palace), a department store that earned its name for being the first iron and steel building in the city.

Tour the Museo del Estanquillo for its diverse collections that encompass paintings, advertisements, miniatures, photographs and much more. Enjoy a meal in the House of Tiles, a palace dating from 1596. This is now the headquarters of one of Mexico's most recognized fast food chains and its façade is covered in handmade blue and white tiles. The building was declared a national monument in 1931.
How it works: A discovery walk features a route using which you can explore a popular city neighborhood on your own. This walk, along with other self-guided walks in over 1,000 cities, can be found on the app "GPSmyCity: Walks in 1K+ Cities" which can be downloaded from iTunes App Store or Google Play to your mobile phone or tablet. The app's built-in GPS navigation functions allow following this walk route with ease. The app works both online and offline, so no data plan is needed when traveling abroad.