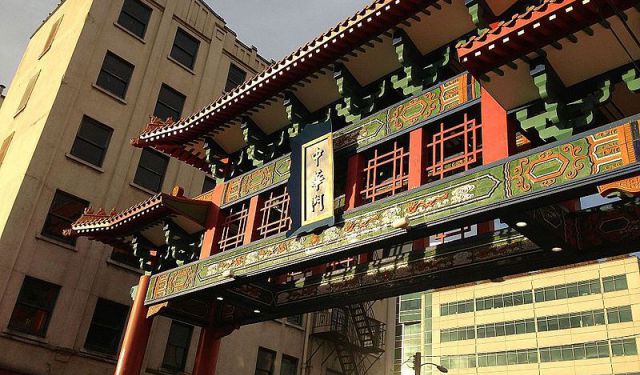 Seattle’s Chinatown district is an ethnic experience not to be missed. It is one of the oldest neighborhoods in the city and is a happy melting-pot of Chinese, Japanese, Filipino and Southeast Asians who share their different cultures with each other and the many visitors who flock to the area to try out authentic cooking, such as delicious Dim Sum dishes, tour the markets for spices and medicinal herbs, and drink in the unique atmosphere.

Explore the huge Uwajimaya market for interesting finds and the heady odors of different loose teas. This is a great area for walking around because traffic is restricted and you can cross from one store to another without worrying about getting run over by a truck! There are numerous gift stores selling ethnical items and galleries exhibiting Asian art and you will also find a fascinating section of antique stores. Have a drink in one of the Karaoke bars and try out some good Asian beer.

To learn more about Asian folk art in general and Chinatown’s community in particular, don’t miss the Wing Luke Museum, named after the first Asian American to be elected to public office. Do visit Hing Hay Park, which has a lovely pagoda offered by Taipei City and a huge stone lantern standing on Kobe Terrace.
Image Courtesy of Wikimedia and ZhengZhou.
How it works: A discovery walk features a route using which you can explore a popular city neighborhood on your own. This walk, along with other self-guided walks in over 1,000 cities, can be found on the app "GPSmyCity: Walks in 1K+ Cities" which can be downloaded from iTunes App Store or Google Play to your mobile phone or tablet. The app's built-in GPS navigation functions allow following this walk route with ease. The app works both online and offline, so no data plan is needed when traveling abroad.