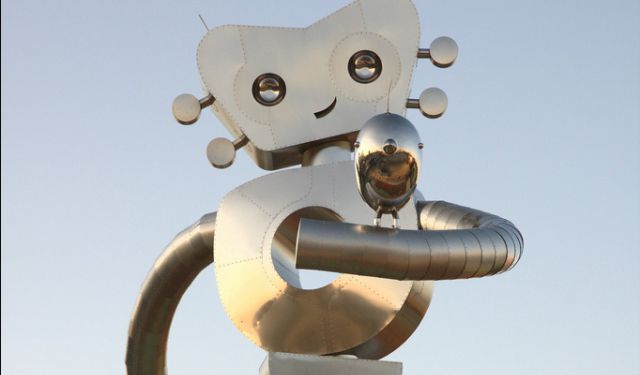 Image by Steve Rainwater on Flickr under Creative Commons License.

Deep Ellum is a quirky, trendy and fascinating place to visit. It is bursting with creativity that is clearly evident on the mural art that dominates the area. This is one of the few walking neighborhoods in the city. You could easily spend hours immersing yourself in studying the incredible pieces that cover multiple styles, and are all the work of local artists. They include some prominent names such as Tyson Summers, Dan Colcer and Amber Campagna.

Street art is not a new phenomenon here, because graffiti has covered the area for years. In the early days of the blues scene, graffiti was used to announce forthcoming shows. It surprises many people that Dallas isn't just about cowboys and oil, and that in fact there is a huge cultural life in the city. The downtown area has more murals per square foot than any other city in the world. Find them on walls, buildings, concrete bridge pillars and other concrete forms.

Take your time browsing the incredible pieces, which include historical montages of the neighborhood, celebrities and amusing takes on Dallas icons. When you spend some time here, you will soon see why Deep Ellum is fast earning a reputation, both nationally and locally as an artistic treasure.
How it works: A discovery walk features a route using which you can explore a popular city neighborhood on your own. This walk, along with other self-guided walks in over 1,000 cities, can be found on the app "GPSmyCity: Walks in 1K+ Cities" which can be downloaded from iTunes App Store or Google Play to your mobile phone or tablet. The app's built-in GPS navigation functions allow following this walk route with ease. The app works both online and offline, so no data plan is needed when traveling abroad.