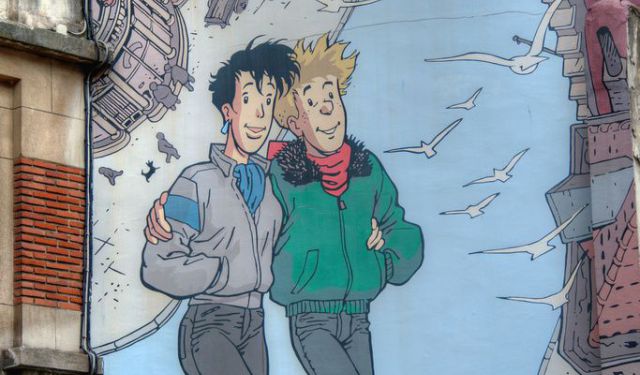 Brussels is one of the most gay-friendly capitals in Europe and welcomes members of the LGBT community with open arms. The city is the focal point for the Belgian LGBT community who delight in its large gay scene, which is fun, diverse and discreet. There is always lots going on with great shopping, fascinating culture and a thrilling nightlife.

Whether you are gay or straight, make a beeline for Saint-Jacques district near Grand'Place and Sablon. It is the heart of the city's gay scene, an attractive neighborhood that consists of some of the oldest streets in Brussels. It encompasses the rue du Marché au Charbon, a semi-pedestrianized strip featuring bars, restaurants and cafés with outdoor terraces. While you are here, photograph the frescoes of Belgian cartoon characters that decorate the street.

For some more culture, spend a little time at Grand’Place, the city’s main square and a UNESCO world heritage site. Here, you can explore the Museum of Cocoa and Chocolate, a visit that involves chocolate tasting and seeing how the sweet treat is made. Also on the square is the equally delightful Museum of the Belgian Brewers. Another great place to visit is the Sablon for its twin squares, old streets, statues representing medieval guilds and the many antique stores and art galleries.
Image Courtesy of Flickr and www.GlynLowe.com.
How it works: A discovery walk features a route using which you can explore a popular city neighborhood on your own. This walk, along with other self-guided walks in over 1,000 cities, can be found on the app "GPSmyCity: Walks in 1K+ Cities" which can be downloaded from iTunes App Store or Google Play to your mobile phone or tablet. The app's built-in GPS navigation functions allow following this walk route with ease. The app works both online and offline, so no data plan is needed when traveling abroad.