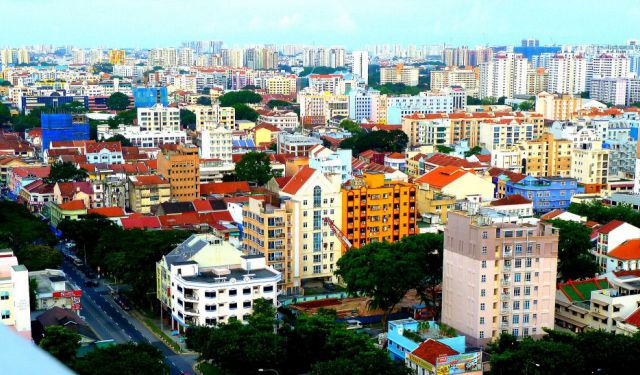 Geylang is a fabulous nighttime option for those who want something a little different from the heady offerings of the city center. The area delights with an old world ambience that it has managed to hang onto, despite the rapidly advancing modernity happening all round it.

Geylang is particularly famous for its red light district and plethora of bars and restaurants. As you tour the area, walk down the lorongs, the small alleys that run perpendicular to Geyland Road. Those with odd numbers are usually packed with restaurants, while the even-numbered alleys host red light district establishments. The visitor who wants some exciting and memorable nighttime entertainment is spoilt for choice. Delight the crowds by picking up the microphone at a fun-filled karaoke lounge, dine in one of the many restaurants offering traditional and modern Singaporean fare and then party hard in a nightclub.

Geylang also has much to please shoppers. Visit the Geylang Serai Market, a two-story complex where you can purchase Malay, Middle Eastern and Indian products, such as textiles, spice and poultry. Stop by the Malay Village where you can purchase ethnic handicrafts, traditional Malay costumes and many other fascinating souvenirs.
Image Courtesy of Flickr and Leong Him Woh.
How it works: A discovery walk features a route using which you can explore a popular city neighborhood on your own. This walk, along with other self-guided walks in over 1,000 cities, can be found on the app "GPSmyCity: Walks in 1K+ Cities" which can be downloaded from iTunes App Store or Google Play to your mobile phone or tablet. The app's built-in GPS navigation functions allow following this walk route with ease. The app works both online and offline, so no data plan is needed when traveling abroad.