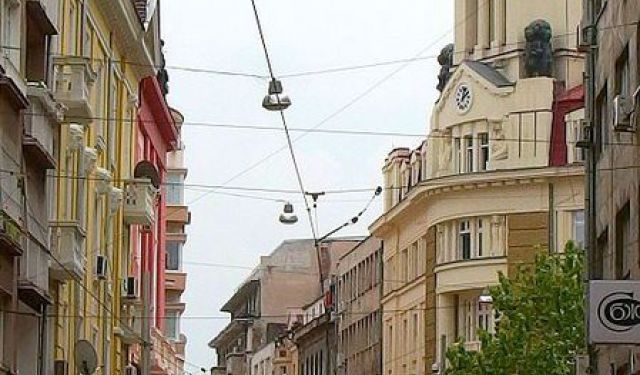 Graf Ignatiev Street also called Grafa (meaning The Count) is a hugely popular shopping street in the center of Sofia. It is named after an important Russian statesman and diplomat Count Nicholas Pavlovich Ignatiev and its shops sell a vast range of everyday items. For example, clothes, accessories, books, shoes and bags. This tram-only thoroughfare also hosts numerous fruit and vegetable stalls that are full of impressive displays of fresh fruit, vegetables, nuts, honey-based products and dried fruit.

A walk down Graf Ignatiev Street will also take you past some of the city's landmarks. They include, Patriarch Evtimiy Square and Sveti Sedmochislenitsi Church, an early 20th-century Bulgarian Orthodox church. If books are your thing, go to the large open-air book market on Slaveykov Square. This plaza is named after Bulgarian writers Petko and Pencho Slaveykov, a father and son, and there is a sculpture here of the two men sitting on a bench.

All the shopping and walking may leave you feeling a little tired and hungry, so boost your energy levels with a drink and a meal in one of the cafés and restaurants lining the street. Nearby is the narrow Shishman Street that runs from the Parliament to Graf Ignatiev Street. It is known for its fascinating galleries as well as its collection of bars and coffee shops.
Image Courtesy of Wikimedia and Mark Ahsmann.
How it works: A discovery walk features a route using which you can explore a popular city neighborhood on your own. This walk, along with other self-guided walks in over 1,000 cities, can be found on the app "GPSmyCity: Walks in 1K+ Cities" which can be downloaded from iTunes App Store or Google Play to your mobile phone or tablet. The app's built-in GPS navigation functions allow following this walk route with ease. The app works both online and offline, so no data plan is needed when traveling abroad.