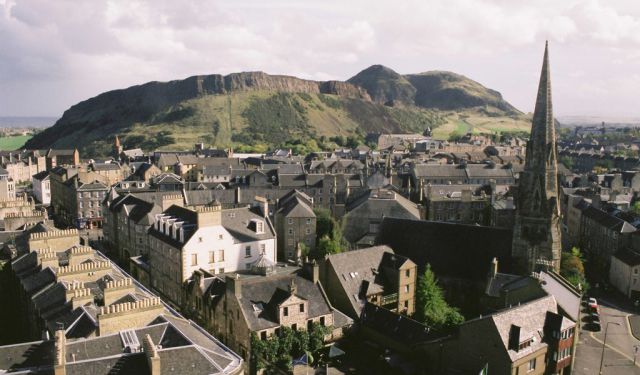 Edinburgh is a city filled with spectacular sites, both natural and man-made. Many of the most exciting natural attractions can be found in Holyrood Park, an expansive area of hills, cliffs, lochs and glens. Its crowning glory is Arthur’s Seat, one part of Arthur's Seat Volcano, an extinct volcano that is approximately 350 million years old. The route to the top is via a leisurely climb and the reward is some spectacular views of the city. While you are in the park area, keep an eye out for some of the native fauna, which includes amphibians, mammals and bird species. Holyrood Park is a wonderful escape from the city within the city, where you can be surrounded by the glorious sights and sounds of nature.

After your visit to the park, spend some time in the remarkable village of Duddingston. This is one of the oldest parts of Edinburgh, dating back to the 12th century. It manages to maintain its old world character, despite the modern metropolis around it. Seek some refreshments in the Sheep Heid Inn, considered to be the oldest pub in Scotland, dating back to the middle of the 14th century. Both Holyrood Park and the village of Duddingston are within a short walking distance of the center of Edinburgh.
Image Courtesy of Flickr and Vanessa.
How it works: A discovery walk features a route using which you can explore a popular city neighborhood on your own. This walk, along with other self-guided walks in over 1,000 cities, can be found on the app "GPSmyCity: Walks in 1K+ Cities" which can be downloaded from iTunes App Store or Google Play to your mobile phone or tablet. The app's built-in GPS navigation functions allow following this walk route with ease. The app works both online and offline, so no data plan is needed when traveling abroad.