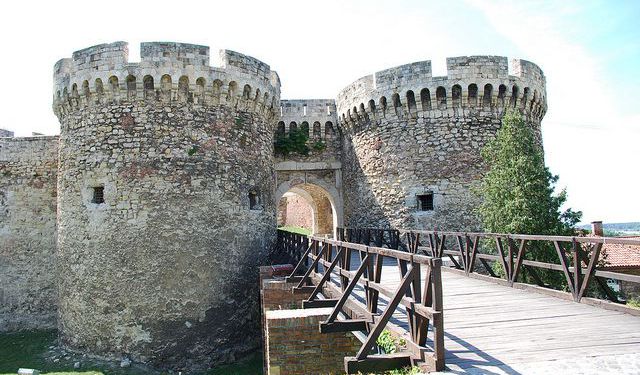 You could easily spend a day or more exploring the sights of Kalemegadan Park, the largest and probably the most beautiful park in the city. It is a cherished spot, favored by many Belgradians who come here all through the year for its green expanses, tree-lined paths, monuments and cultural attractions.

The park is situated on a cliff and encompasses Belgrade Fortress, which used to be Belgrade’s principal defensive structure. The views of the fort from the park are simply stunning. As you stroll through the beautiful grounds, pause to check out the numerous monuments to important people, including the poets Milan Rakic, Jovan Ducic and Djura Jaksic and the composer Stevan Mokranjac. Stand before the towering monument known as The Victor which commemorates the country's victory in the First World War. This is one of the most famous landmarks in the city.

During your walk you will probably see locals playing very competitive games of chess. If you’re in luck you may get to see a concert or theatrical performance while you are here, because numerous cultural activities are staged in the park. Other attractions include a military museum, a zoo and playgrounds. During the winter, children will often ski and ride sledges down the slopes near the zoo.
How it works: A discovery walk features a route using which you can explore a popular city neighborhood on your own. This walk, along with other self-guided walks in over 1,000 cities, can be found on the app "GPSmyCity: Walks in 1K+ Cities" which can be downloaded from iTunes App Store or Google Play to your mobile phone or tablet. The app's built-in GPS navigation functions allow following this walk route with ease. The app works both online and offline, so no data plan is needed when traveling abroad.

Image by Photo by CrniBombarder!!! (from Wikimedia Commons) under Creative Commons License.

Image by Photo by CrniBombarder!!! (from Wikimedia Commons) under Creative Commons License.