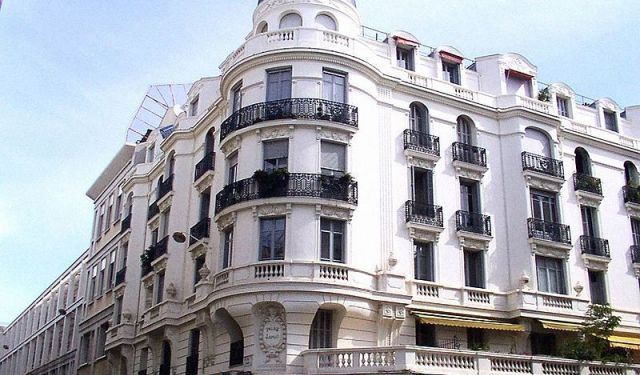 One of the most attractive neighborhoods in the French Riviera capital of Nice is the Musicians Quarter. This residential area, popular with the French middle classes is characterized by its gorgeous Art Deco, Belle Epoque and Bourgeois buildings.

As you make your way through this delightful part of the city, take time to appreciate the architectural design elements. Some are grand and ostentatious, others owe their beauty to the simplicity of their design. See beautiful façades with elegantly framed windows as well as stylish entrances to apartment buildings. Thrill to the gorgeous Belle Époque (French for "Beautiful Era") buildings. They were constructed in the late 19th and early 20th centuries, up until the start of World War I. This was a time of great optimism, confidence, excitement and economic prosperity in the country.

If you are wondering how the neighborhood got its name, it is for the fact that many of the streets and plazas are named after very famous musicians, such Giuseppe Verdi (rue Verdi) and Wolfgang Amadeus Mozart (Place Mozart). Among the roads where you will spy some lovely buildings are the leafy boulevard Victor Hugo, rue Verdi, rue Rossini and avenue Georges. Most of the buildings have been very well maintained and the entire quarter soothes the soul with the quietness of its streets.
Image Courtesy of Wikimedia and Patrice Semeria.
How it works: A discovery walk features a route using which you can explore a popular city neighborhood on your own. This walk, along with other self-guided walks in over 1,000 cities, can be found on the app "GPSmyCity: Walks in 1K+ Cities" which can be downloaded from iTunes App Store or Google Play to your mobile phone or tablet. The app's built-in GPS navigation functions allow following this walk route with ease. The app works both online and offline, so no data plan is needed when traveling abroad.