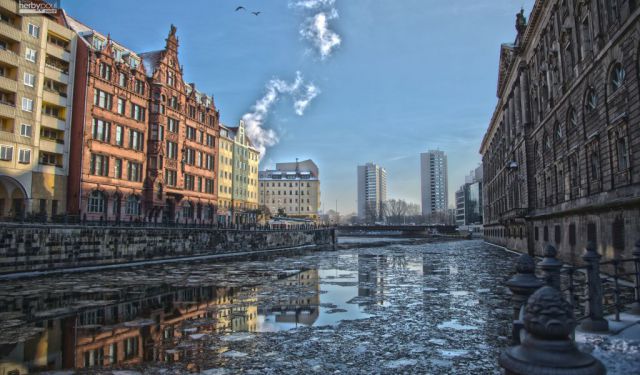 Image by Herbert Poul on Flickr under Creative Commons License.

Nikolaiviertel is where the great city of Berlin was founded, more than 800 years ago. Historians date the origins to around the year 1200 and a visit to its oldest neighborhood will reveal features and characteristics that date back to 1237. Much of this area, which borders the Spree River was flattened during bombing campaigns in World War II. However, during an extensive restoration period from the end of the 1970s, replicas of the city's historic buildings were constructed. This is the closest thing that Berlin has to an old town and a wander down its pedestrianized medieval streets will lead you to some fascinating constructions.

Visit Nikolaikirche (Saint Nicholas Church), right in the center of the neighborhood. This is the oldest church in Berlin and it has undergone numerous restorations over the centuries. The presbytery is from the early 15th century, while the two towers are late 19th-century additions. Get up to speed on the city's history by touring the church's museum. There are more historical insights nearby in the Knoblauchhaus, an 18th-century house that managed to survive World War II. Admire the lightly curved neoclassical façade and wander in and out of the rooms to see authentic furniture from the 19th century.
How it works: A discovery walk features a route using which you can explore a popular city neighborhood on your own. This walk, along with other self-guided walks in over 1,000 cities, can be found on the app "GPSmyCity: Walks in 1K+ Cities" which can be downloaded from iTunes App Store or Google Play to your mobile phone or tablet. The app's built-in GPS navigation functions allow following this walk route with ease. The app works both online and offline, so no data plan is needed when traveling abroad.