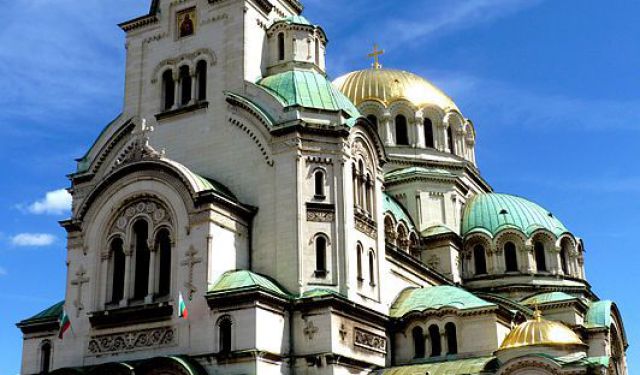 The Oborishte district is an enthralling place to spend some time, principally for its many monuments of national importance and historic houses. A good place to start your visit is at the St. Alexander Nevsky Cathedral at the beginning of Oborishte Street. This Neo-Byzantine Bulgarian Orthodox cathedral is a vast edifice that can hold up to 10,000 people. It is the second biggest cathedral on the Balkan Peninsula. Stand outside and marvel at the impressive gold-plated dome. Inside, find the cathedral crypt which houses a museum of Bulgarian icons. The cathedral is next to St. Sofia Church, from which the city gets its name.

Continue down Oborishte Street, past elegant homes from the early part of the 20th century. Look at the beautiful decor of their Art Nouveau façades. Your route will also take you by important administrative buildings, including the French Embassy. Such is the architectural beauty of the street that it is often named among one of the most emblematic streets in the city.

While you are here, you can do a little bit of shopping in the stores. Afterwards, relax with something to eat and drink in any of the enticing and friendly coffee shops and restaurants. Then continue your wanderings by going down Shipka Street which has several coffee shops and small stores.
Image Courtesy of Wikimedia and Dudva.
How it works: A discovery walk features a route using which you can explore a popular city neighborhood on your own. This walk, along with other self-guided walks in over 1,000 cities, can be found on the app "GPSmyCity: Walks in 1K+ Cities" which can be downloaded from iTunes App Store or Google Play to your mobile phone or tablet. The app's built-in GPS navigation functions allow following this walk route with ease. The app works both online and offline, so no data plan is needed when traveling abroad.