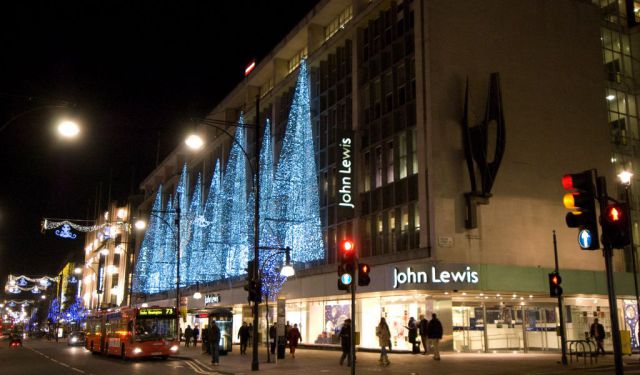 Central London is without doubt a paradise for shoppers, particularly in the areas around Oxford Street, Bond Street and Regent Street. Oxford Street is the busiest shopping street in Europe with a dazzling array of independent boutiques, high street fashions, international brands and shops selling electronic goods, homewear and much more. There are approximately 300 shops here.

Nearby is Regent Street, another leading shopping avenue and where thousands of people come at Christmas time, solely to see the festive illuminations. Just off of Regent Street is Carnaby Street, which was the hip hub of fashion during the Swinging '60s when much of the world looked to London for fashion and music ideas. Today, it is still a cool place to shop among the fashion, lifestyle and concept stores.

Occasionally, pop-up shops appear and bands perform live music gigs. While you are here, have your photograph taken by the street’s iconic arch. There is more fashion shopping over on Bond Street, which has been a fashionable enclave since the 18th century. Round off your shopping expedition with a visit to Berwick Street. It is home to traditional London pubs, record stores, tailors and one of the oldest markets in the city.
Image Courtesy of Flickr and Chris Eason.
How it works: A discovery walk features a route using which you can explore a popular city neighborhood on your own. This walk, along with other self-guided walks in over 1,000 cities, can be found on the app "GPSmyCity: Walks in 1K+ Cities" which can be downloaded from iTunes App Store or Google Play to your mobile phone or tablet. The app's built-in GPS navigation functions allow following this walk route with ease. The app works both online and offline, so no data plan is needed when traveling abroad.