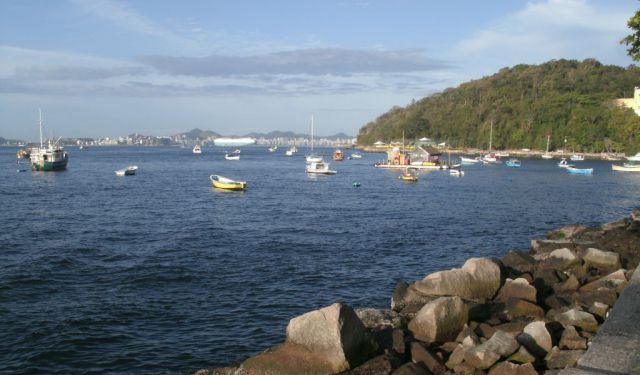 Image by Glovebr2008 on Flickr under Creative Commons License.

While Rio de Janeiro enjoys a reputation for the fast-paced and exiting, there is a gentler, more tranquil side to this beautiful city that requires some exploration. Urca is a charming oasis of serenity at the foot of Sugar Loaf Mountain, a traditional and wealthy neighborhood that some of Brazil's celebrities call home.

A good place to start your visit inside this small village is at its main attraction, the "mureta". This promenade snakes through the area and overlooks Guanabara Bay, providing gorgeous views of the city. As you amble along the streets, look over the designs of the beautiful houses. You will see a number of different types of architecture here, including mock Tudor, faux Spanish and Art Deco.

Tour Forte São João, the first Portuguese settlement in Rio. Today, it is a military base that is open to the public on weekday afternoons. Go to its fascinating museum to learn about the history of the defensive stronghold and to study the exhibits, including displays of guns.

For some well-earned relaxation, roll out your towel on one of the neighborhood's three beaches. Enjoy a paddle or swim in the refreshing water. Then savor a casual meal in one of the informal bar-restaurants known as botequins.
How it works: A discovery walk features a route using which you can explore a popular city neighborhood on your own. This walk, along with other self-guided walks in over 1,000 cities, can be found on the app "GPSmyCity: Walks in 1K+ Cities" which can be downloaded from iTunes App Store or Google Play to your mobile phone or tablet. The app's built-in GPS navigation functions allow following this walk route with ease. The app works both online and offline, so no data plan is needed when traveling abroad.

4) Monument to the Heroes of Laguna and Golden