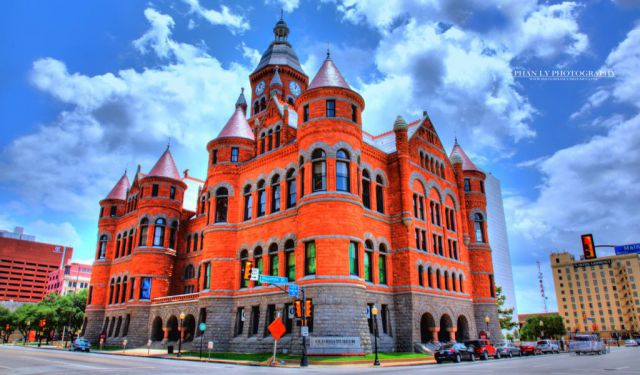 Image by Phan Ly on Flickr under Creative Commons License.

Soak up some history and enjoy modern day pursuits when you visit the West End of Dallas. This tourist hot spot is listed on the U.S. National Register of Historic Places as the Westend Historic District. The locale started life as a trading post and grew from there, and is the city’s oldest entertainment area. It was in this part of Dallas that President John F. Kennedy was assassinated in 1963.

Stop by the grassy knoll and then go over to the John Fitzgerald Kennedy Memorial, erected in his honor in 1970. Learn more about the life, times and legacy of JFK in the Sixth Floor Museum, situated in the building from which Lee Harvey Oswald fired his gun. Other historic attractions include the beautiful Dallas County Courthouse, built in 1892.

You can also study nature while you are in the area. Pick up insights into life under the ocean wave with a visit to the Dallas World Aquarium. This aquarium and zoo houses several animal species that are threatened or endangered.

There are lots of award-winning restaurants, bars and pubs in the West End, wonderful establishments where you can wine and dine. Although, many of the attractions and historic sites are within easy walking distance of each other, a good way to get a feel for the place is to take a carriage ride through the streets.
How it works: A discovery walk features a route using which you can explore a popular city neighborhood on your own. This walk, along with other self-guided walks in over 1,000 cities, can be found on the app "GPSmyCity: Walks in 1K+ Cities" which can be downloaded from iTunes App Store or Google Play to your mobile phone or tablet. The app's built-in GPS navigation functions allow following this walk route with ease. The app works both online and offline, so no data plan is needed when traveling abroad.