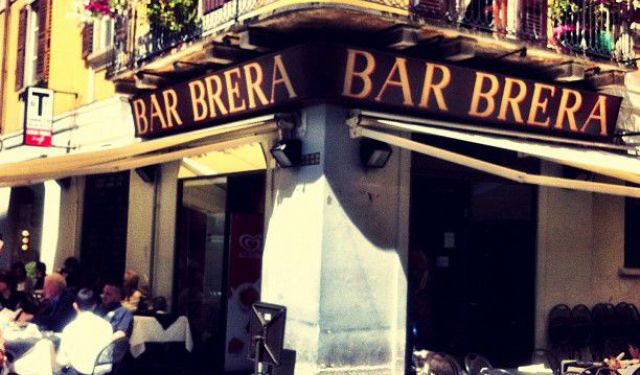 Image by Özge Okcuer on Flickr under Creative Commons License.

Brera captivates with its historic charms and scenic beauty. It is less touristy than many other places in the city, yet it is equally alive with beautiful old buildings, great restaurants and a vibrant culture. Brera is next to the city center and is known for its romantic and bohemian atmosphere. Dotted along the quaint cobblestone streets are numerous coffee bars which were favorite haunts of writers and intellectuals in the 1930s.

Witness the district's artistic side in its craft shops and galleries, the Academy of Fine Arts and Pinacotera di Milan (Brera Picture Gallery). This world-renowned institute is Milan's principle public gallery and houses a huge collection of Renaissance art. As you enjoy a leisurely stroll along the streets, stop to look at some of the delightful centuries-old churches. One of the most famous is the Church of the Santa Maria del Carmine which dates back to the 14th century.

Walk down Via Fiori Chiari for its boutiques and antique shops, and to see the colorful displays of planter boxes filled with flowers. After the sun has gone down, enjoy a spot of late night shopping in street markets and in stores, savor some traditional Italian fare in a restaurant and listen to live music in a bar.
How it works: A discovery walk features a route using which you can explore a popular city neighborhood on your own. This walk, along with other self-guided walks in over 1,000 cities, can be found on the app "GPSmyCity: Walks in 1K+ Cities" which can be downloaded from iTunes App Store or Google Play to your mobile phone or tablet. The app's built-in GPS navigation functions allow following this walk route with ease. The app works both online and offline, so no data plan is needed when traveling abroad.

Image by Sergio Calleja (Life is a trip) under Creative Commons License.

10) Via Pontaccio corner with Via Garibaldi

13) Via Brera corner with Via Fiori Chiari