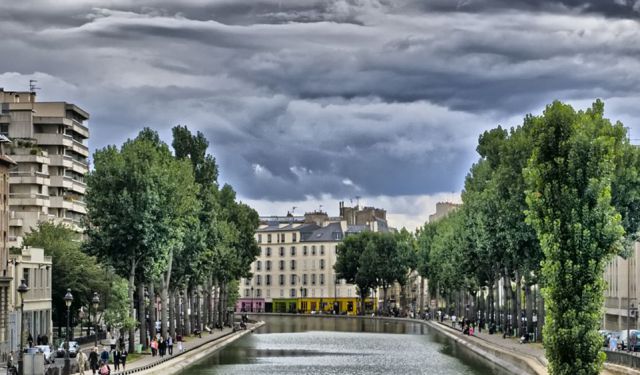 Paris ticks the tourist boxes for iconic attractions, such as the Eiffel Tower and the Champs-Élysées, but some of its loveliest sights are off the beaten track. Take for example the Canal Saint-Martin, a 19th-century waterway with shaded paths, metal bridges and locks. This is a gorgeous part of the city, where you can walk, jog or cycle along the canal's banks. The area is very popular with university students.

In the early evening as the sun sets softly over the city, many couples enjoy a romantic stroll by the water's edge. During your waterside walk, pop into the cafés and boutiques that border the canal. Watch as the occasional passing barge navigates the channel. In the spring and summer months, the banks of the canal attract many Parisians who come to picnic in a scenic environment.

Canal Saint-Martin received a lot of attention once the 2001 film Amelie came out in cinemas. The canal backdrop provided atmospheric locations for some of its scenes. For those who like to exercise in the fresh air, untroubled by passing traffic, come here on a Sunday. That is when two streets running parallel to the canal, Quai de Valmy and Quai de Jemmapes are only open to pedestrians and cyclists. If you need two wheels, there are plenty of places in the city where you can rent a bike.
Image Courtesy of Flickr and stephane martin.
How it works: A discovery walk features a route using which you can explore a popular city neighborhood on your own. This walk, along with other self-guided walks in over 1,000 cities, can be found on the app "GPSmyCity: Walks in 1K+ Cities" which can be downloaded from iTunes App Store or Google Play to your mobile phone or tablet. The app's built-in GPS navigation functions allow following this walk route with ease. The app works both online and offline, so no data plan is needed when traveling abroad.