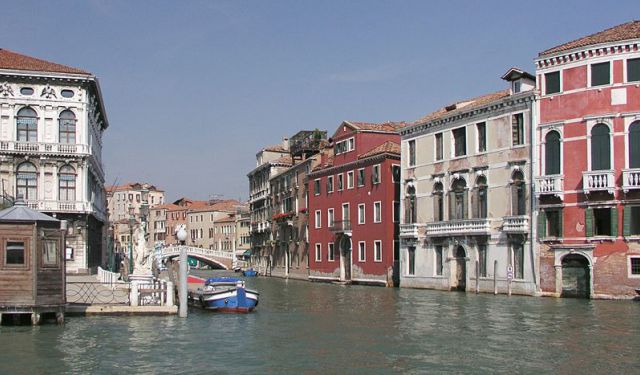 Venice is a city that spoils its visitors with superlative architecture, a fascinating history and of course the canals. One of the less well known, but no less fascinating parts of this beautiful city is the Cannaregio district. It is the most northerly sestiere in Venice and is characterized by its picturesque waterways and narrow pedestrianized walkways, some of which are wide enough for just one person. This is where many of Venice's residents live. The neighborhood may well be a little off the typical tourist routes, but it is well worth a visit.

Tour the street markets and browse stalls piled high with vegetables and popular seafood such as small octopus and crabs. Visit the Jewish Ghetto, which was founded in the 16th century and made famous by Shakespeare in the Merchant of Venice. Although only a handful of Jewish residents live here today, the area is still an important focal point of Jewish life in the city. There are two synagogues, kosher food shops, a bakery and a Jewish library.

Admire the historic buildings, including the medieval 'skyscrapers' which consist of several floors. Another notable ancient site is Madonna dell'Orto, a domed Gothic church with a striking façade and a collection of important religious artworks. There is more Gothic architecture to appreciate at Ca’ d'Oro, a 15th-century palazzo along the Grand Canal. The waterfront palace with its loggia and arches was once the home of Baron Giorgio Franchetti, and now contains his private art collection of paintings and sculptures. This is one of the most photographed buildings along the Grand Canal.
Image Courtesy of Honza Beran.
How it works: A discovery walk features a route using which you can explore a popular city neighborhood on your own. This walk, along with other self-guided walks in over 1,000 cities, can be found on the app "GPSmyCity: Walks in 1K+ Cities" which can be downloaded from iTunes App Store or Google Play to your mobile phone or tablet. The app's built-in GPS navigation functions allow following this walk route with ease. The app works both online and offline, so no data plan is needed when traveling abroad.

Image Courtesy of Son of Groucho.