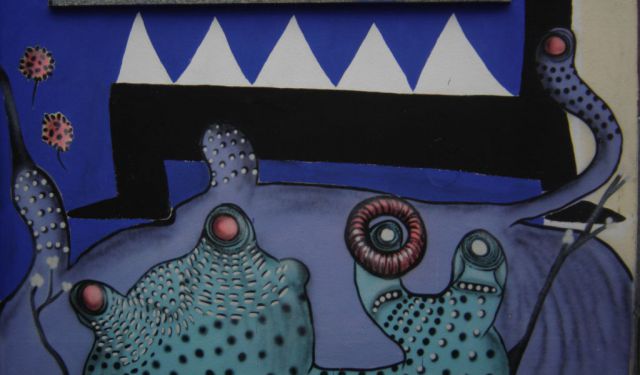 In Italian, the word “isola” means island and was bestowed on this part of the city because it used to be cut off from the rest of Milan by a railroad. Today, this former 19th-century sleepy working class district is an area transformed. Now it's a vibrant enclave filled with street art and some fascinating buildings.

Visit Piazza Gae Aulenti which gleams with steel and glass structures. Look over the Bosco Verticale (Vertical Forest), a complex of two residential buildings where flat terraces are planted with trees and bushes. Marvel at the form and features of the Egg, a work by artist Alberto Garutti. It features brass pipes on several levels which allow people to communicate without being seen. Study much older architectural designs and features with a tour of the beautiful Church of Santa Maria della Fontana, built in the 15th century.

One of the joys of a visit to Isola is viewing its eclectic street art, principally created by local artists. There are vibrant, imaginative and sometimes surreal pieces. Walk through the underground tunnel that connects Isola and Garibaldi station and pause to study its wall paintings which were commissioned by a local art school.

As you tour the area you will notice stickers with the face of Arnold, a character played by Gary Coleman in the US sitcom Different Strokes. This is the signature of one of the city's best-known street artists. During your visit, you may not actually see any street artists at work, because public opinion views the work as vandalism, so many artists create their masterpieces in secret.
Image Courtesy of Flickr and d.
How it works: A discovery walk features a route using which you can explore a popular city neighborhood on your own. This walk, along with other self-guided walks in over 1,000 cities, can be found on the app "GPSmyCity: Walks in 1K+ Cities" which can be downloaded from iTunes App Store or Google Play to your mobile phone or tablet. The app's built-in GPS navigation functions allow following this walk route with ease. The app works both online and offline, so no data plan is needed when traveling abroad.

14) Church of Saint Mary at the Fountain

15) Church of Saint Mary at the Fountain