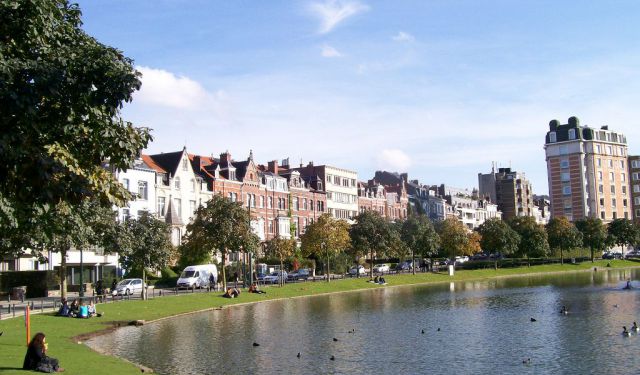 Toward the end of the 19th century, Brussels went through an architectural renaissance when more than 1,000 buildings were constructed in the Art Nouveau style, making it one of the main centers for this type of architecture. Although hundreds of these buildings have been pulled down in the intervening years, hundreds more remain.

Many can be found in the streets of the Ixelles District. The main architect was Victor Horta and his life and work can be explored in the Musee Victor Horta, which is located in his former house and studio. These two buildings have been kept in their original Art Nouveau style and provide a good introduction to the district's architectural highlights. They feature recurring characteristics of Horta’s style, including elaborate masonry and swirling ironwork. Go to the Hotel Tassel, built by Horta for a scientist and professor. It is thought to be the first true Art Nouveau building. In the year 2000 it was placed on the UNESCO World Heritage List.

For many more Art Nouveau wonders, tour the central areas of Ixelles and St. Gilles. Also, worthy of a visit is Place Flagey, a public square with a large Art Deco building occupying its southern side. If you are here on a Tuesday or Friday, you'll catch the food market. On any day, stop for refreshments in the square's Le Café Belga. This cosmopolitan café is a favorite haunt of artists and the young and hip crowd.
Image Courtesy of Flickr and Francisco Seoane Perez.
How it works: A discovery walk features a route using which you can explore a popular city neighborhood on your own. This walk, along with other self-guided walks in over 1,000 cities, can be found on the app "GPSmyCity: Walks in 1K+ Cities" which can be downloaded from iTunes App Store or Google Play to your mobile phone or tablet. The app's built-in GPS navigation functions allow following this walk route with ease. The app works both online and offline, so no data plan is needed when traveling abroad.